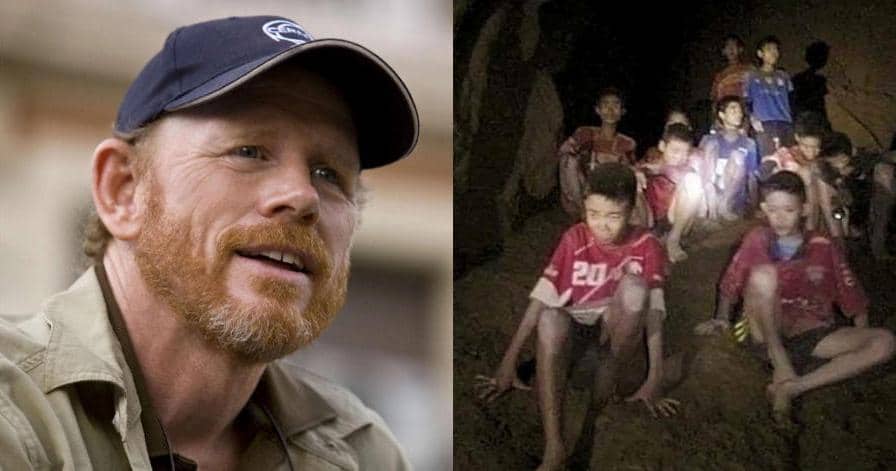 On June 23, 2018, the Wild Boars soccer team and their coach became trapped in the Tham Luang Nang Non cave beneath the Doi Nang Non mountain in Chiang Rai province. The location was a normal haunt for the boys, but on this trip, they were unfortunately trapped by rising flood water levels from heavy rain.

News quickly spread across the world and a rescue mission was started. It wasn’t until July 2nd that two British divers, John Volanthen and Rick Stanton, found the twelve members of the Wild Boars and their coach alive in the cave system, about 2-3km from the entrance.

While they were able to bring them food, medical aid, and other help, they still had to figure out how to get all thirteen of them out, and some of them couldn’t swim. To make matters worse, heavy rains were in the upcoming forecast, adding an intense deadline for the rescue.

As the situation grew more dire, the authorities running the rescue declared July 7th was to be the day they got the boys out of the cave, and they did. Through a complicated yet almost perfectly orchestrated plan, they were able to rescue all thirteen Thai individuals from the cave.

Most people are familiar with the story of the Thai soccer team, so no one should be surprised to learn that Hollywood quickly started working on a biographical drama about the event. Now it appears that this film, called Thirteen Lives, is on its way. What we know about Thirteen Lives so far

As stated in an exclusive report from Deadline, Thirteen Lives is just starting production in March 2021, to take place in both Australia and Thailand. According to data researcher Stephen Follows, once a film begins filming, it takes around 407 days, or 13.4 months, before it is usually released.

Considering this timeline, we can hopefully expect to see Thirteen Lives in theaters sometime in Summer 2022, as long as it doesn’t face any delays. Obviously, there are many different factors that affect how long it takes to finish a film, so until MGM — who is producing Thirteen Lives — has a concrete timeline, they won’t announce an official release date. Keep a lookout for any news about the film coming out from MGM, the actors involved, or the movie’s director, Ron Howard. Who is in the cast of Thirteen Lives?

Mortensen will be playing Stanton, one of the heroic divers on the British rescue team, while Farrell will play Volanthen. Edgerton will portray Dr. Richard Harris, an Australian cave diver and anesthetist.

Within the surrounding cast, Sukollawat will play Saman Kunan, the former Navy SEAL who tragically lost his life in the incident, the only casualty throughout the whole ordeal.

Sajakul plays another Thai Navy SEAL who played a big role in the rescue named Anand, and although the Deadline article doesn’t include the character’s last name, this is likely Thai Navy captain Anand Surawan.

There’s no word yet on who might be playing the twelve young boys of the Wild Boars soccer team. What is the plot of Thirteen Lives?

The film is expected to follow the actual events of the Thai cave rescue in 2018, though as it’s a biopic, there are bound to be some changes and creative liberties here and there. As described in the Deadline article, “The film tells the true story of the rescue of twelve boys and their soccer coach from a flooded, impenetrable cave system in Thailand in 2018.

Thai families, the government, and a community of farmers and neighbors came together alongside volunteers from around the world to get them out of the Tham Luang Nang Non cave system in Chiang Rai Province.”

Along with the main rescue efforts, it seems like Thirteen Lives will also focus on the community of the small town of Mae Sai, where the parents, journalists, and everyone who came to offer aid gathered.

Everyone involved worked diligently and helped out in any way they could, as BBC described, “Workers needed to get up and down the mountain – so drivers offered free lifts. Rescuers were covered in mud – so a local laundromat cleaned their clothes every night.

” That strong spirit and support was clearly a key part of what led the rescue to be successful, so expect it to be a big theme of the biopic.

As of right now, there is no further word on specific plot details of the movie version, so people will have to wait for more information to be released as progress on the Thirteen Lives film continues.