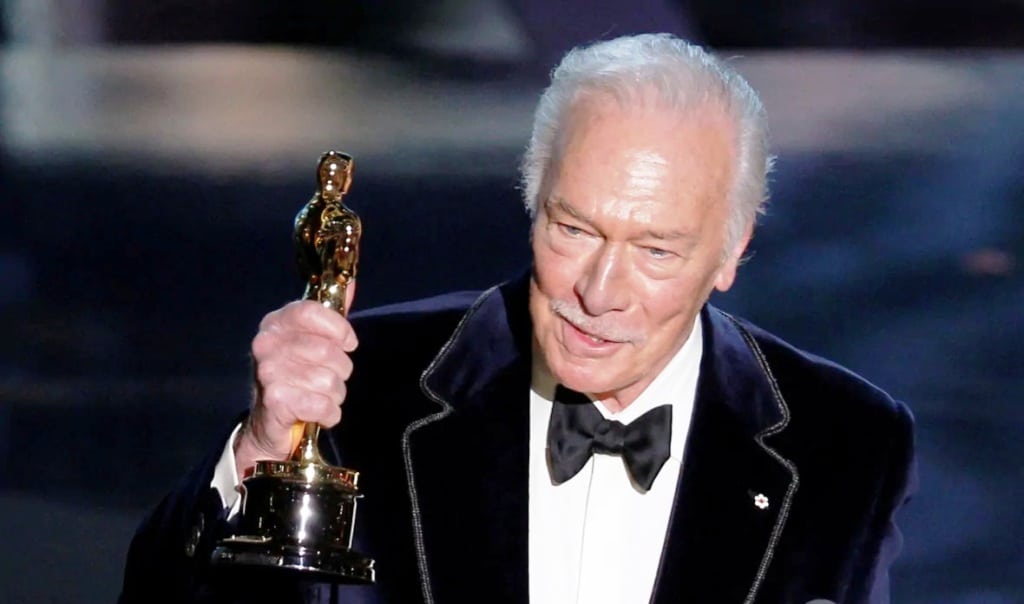 Christopher Plummer, who was among the greatest Canadian actors ever to grace stage and screen, has died at age 91. Plummer died Friday morning at his home in Connecticut with his wife, Elaine Taylor, by his side, said Lou Pitt, his longtime friend and manager.

“Chris was an extraordinary man who deeply loved and respected his profession with great old fashion manners, self-deprecating humour and the music of words,” Pitt said in a statement to CBC News. “He was a national treasure who deeply relished his Canadian roots.

“Through his art and humanity, he touched all of our hearts and his legendary life will endure for all generations to come. He will forever be with us.”

In a career that spanned over six decades, Christopher Plummer was nominated for best supporting actor at the Academy Awards three times and won once at 82 for Beginners, a film about a widower who begins to live life as a gay man while dying of cancer.

He also captured two Tony Awards among seven nominations, and took home two Emmys. Plummer earned a reputation as one of the great classical actors of modern times — without attending a prestigious theatre school.

The Sound of Music

“The man is extraordinary, he’s got so many sides to him, he’s quite remarkable. When you share a stage with him it’s magic, it really is,” fellow actor Gordon Pinsent told CBC in 2011 when Plummer received Stratford’s lifetime achievement award.

On screen, Plummer appeared in 1965 as Captain von Trapp, alongside British stage and screen star Julie Andrews, in what was, for several years, the highest grossing film of all time, The Sound of Music, a role he was famously ambivalent about.

“What have I done playing with all these children? Children and dogs steal scenes,” Plummer recounted to CBC in a documentary two years after the release of the movie he often jokingly called The Sound of Mucus, or S and M.

Plummer, however, also said that he had “terrific memories” of making the movie, and forged a lifelong friendship with Andrews; he once said that working with her was like “getting hit over the head with a valentine.”

“The world has lost a consummate actor today and I have lost a cherished friend,” Andrews said Friday in a statement obtained by the CBC. “I treasure the memories of our work together and all the humour and fun we shared through the years.”

The movie brought him almost more work than he could handle on the stages of London’s West End and Broadway, as well as in TV movies and miniseries during the 1970s and ’80s.

But he then went on to enjoy a late-life renaissance in film, with lauded performances in The Insider, A Beautiful Mind, Beginners and The Girl With the Dragon Tattoo. In 2019 he starred as a murdered mystery novelist in Rian Johnson’s who dunnit Knives Out — one of his final film roles.

Born Arthur Christopher Orme Plummer on Dec. 13, 1929 in Toronto, he was a descendant of John Abbott, Canada’s third prime minister.

Christopher Plummer’s parents split up not long after his birth, and he was raised in relative privilege in Montreal by his mother and her extended family. He saw his father on only one other occasion years later.

A love for acting onstage was cemented by playing Mr. Darcy in a Montreal High School production of Pride and Prejudice. He would further develop his stagecraft at the Ottawa Repertory Theatre, and learned how to harness his baritone voice in CBC Radio plays.

Plummer landed in New York in 1953, appearing on Broadway supporting stars like Tyrone Power and Julie Harris, and taking direction from Elia Kazan.

His reputation grew such that he was called back to Canada to portray Henry V in the Stratford Festival’s final year under the big tent in 1956, returning the next year to usher in their new indoor theatre as Hamlet.

Plummer garnered his first Tony nomination for his turn in J.B., a 1958 play written in free verse by American poet/playwright Archibald MacLeish.

He then went on to London, where he would appear alongside the likes of Vanessa Redgrave, Ian Holm and a young Judi Dench in Royal Shakespeare Company productions well into the 1960s.

When the curtain fell at show’s end, Plummer often kept company with heavyweight revellers like Richard Burton and Peter O’Toole.

“You’ve given an awful lot of your own personality with just the reward of applause at the end, but it isn’t quite enough to fill the rest of the night,” he told CBC of this need to “anesthetize.”

Christopher Plummer’s profile would be raised by The Sound of Music and an internationally televised production of Hamlet, the only modern staging of the play at Elsinore castle in Denmark.

But by the late 1960s his personal life was not in great shape. He’d been through two marriages, and for several years made no effort to contact his only child, Amanda, from his first marriage.

“I was a lousy husband and an even worse father,” he admitted in his 2008 autobiography, In Spite of Myself.

Plummer beamed with pride years later when his daughter earned plaudits for her own acting, but was quick to disavow any credit for her talent.

Plummer cut down on his drinking and a 1970 marriage with Elaine Taylor would take; the couple put down roots in Connecticut for several decades.

William Shatner, a friend and former colleague of Christopher Plummer, joined Power & Politics Friday to remember the Canadian Oscar-winning actor and to offer some advice on friendship. 7:40

He never lived in Canada — the taxes were outrageous, he said — but Plummer, a companion of the Order of Canada and a recipient of the Governor General’s Lifetime Achievement Award, kept coming back for a variety of roles when the country’s film and television industry began to flourish.

There would be movies for big and small screen Canadian productions, including Murder by Decree, Silent Partner, Riel and Ararat, as well as the TV series Counterstrike, and children’s fare like his Emmy-winning voice work in Madeline.

Plummer thrived on switching from screen work to the theatre, and he scored his first Tony in a musical version of Cyrano in 1974.

“You have to be absolutely ruthless in your confidence about how to deal with the great roles, otherwise they’ll deal with you,” he said of his approach, in an interview with the National Theatre Museum decades later.

The veteran actor and Oscar winner was presented the honour for his body of work at the Canadian Screen Awards. 3:10

After an Emmy win for the 1976 TV series The Money Changers, Plummer found himself in demand more for TV movies and miniseries such as The Thorn Birds than for meaty motion picture roles.

He rejected reports of clashes with Oscar winner Glenda Jackson during their 1988 Macbeth stage run as a ploy to sell tickets, but it was true that he possessed a healthy ego, occasionally earning a reputation for being difficult.
‘We shouldn’t retire’

After some early hiccups in its early run, his two-person play Barrymore hit its stride on Broadway in early 1997. Plummer won Tony and Drama Desk awards as actor John Barrymore, reflecting at life’s end.

Plummer started to become more in demand for film roles at the same time. Appearances in Dolores Claiborne and 12 Monkeys were followed by a portrayal of journalist Mike Wallace in the 1999 film The Insider, which won him a National Society of Film Critics Award.

Plummer was nominated for a best supporting actor Academy Award for playing Leo Tolstoy in The Last Station in 2010, and would win two years later in the role of Hal Fields, who, after the death of his wife, comes out as a gay man in Beginners.

He stared at the golden statue onstage in Los Angeles and quipped, “You’re only two years older than me, darling, where you have been all my life?”

Plummer was nominated as best supporting actor by the Academy for the third and final time in 2018, for playing billionaire J. Paul Getty in All the Money in the World, based on the true story of the kidnapping and ransom of Getty’s grandson.

He was cast after actor Kevin Spacey was ousted from the role following a series of sexual misconduct allegations. The movie was mostly finished and had already been garnering Oscar buzz when Plummer, then 87, stepped in. He famously shot all his scenes in nine days.

Plummer told the CBC in 2014 he found it sad when people waited all their lives to retire and then couldn’t find a purpose once their working life was over.

“We shouldn’t retire. Not in our profession. There’s no such thing,” he said. “We want to drop dead onstage. That would be a nice theatrical way to go.”