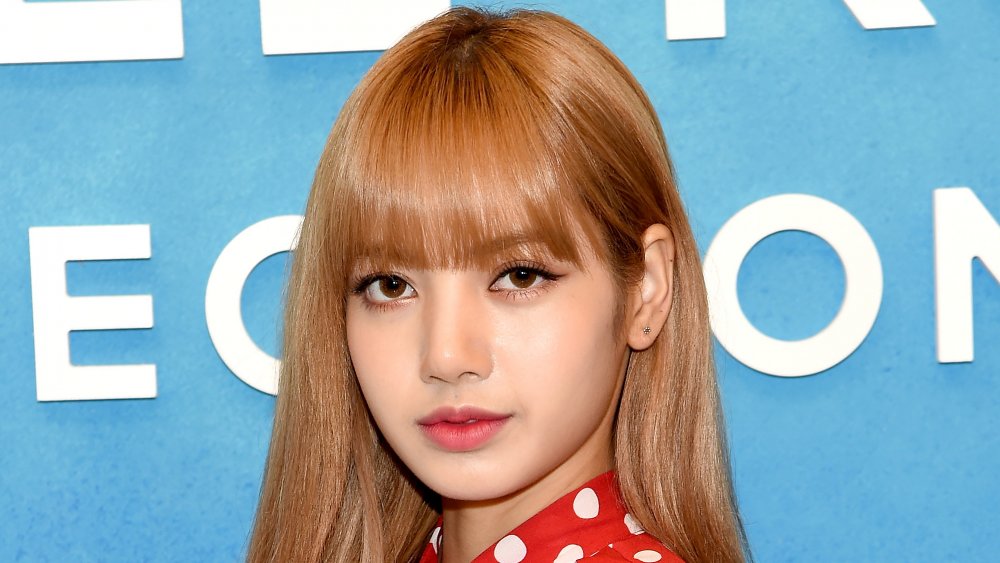 Lisa, 23, is a native of the northeastern province of Buri Ram. Last year the Time 100 Next included the member of the K-pop band Blackpink in its list of 100 rising stars who were shaping the future of business, entertainment, sports, politics, science, health and more. Lisa was on the list in the category of “Phenoms”.

The Stories Behind BLACKPINK’s Artist Names

Some fans may be surprised to know about BLACKPINK’s stage name meanings. We know the band as Jennie, Lisa, Rosé and Jisoo, but not all of the members were born with the name they use as their artist name. Like many idols,some BLACKPINK’s members chose their artist names as trainees (or even younger) long before the girl group debuted. Here are the cute stories behind how Jennie, Lisa, Rosé and Jisoo came to be.

For those who don’t know, BLACKPINK debuted in 2013 with their single “Boombayah” from their first album, Square One. Since then, the four-member girl group has become of the most well-known bands in the world, with sold-out tours, millions of record sales and songs with artists like Dua Lipa and Lady Gaga. (ICYMI, BLACKPINK will be featured on the song “Sour Candy” on Gaga’s new album, Chromatica.)

To K-pop fans (and the world), BLACKPINK and its members are household names. But what are other names we could’ve called Jennie, Lisa, Rosé and Jisoo? Sure, some of BLACKPINK’s members use their real names as artist names, but some also use nicknames once they became idols, and there’s a good reason. Brush up on your BLACKPINK history and read on for stories behind how these names came to be.

“BLACKPINK actually means to say that ‘pretty isn’t everything,’” said a YG Entertainment ep. “It also symbolizes that they are a team that encompasses not only beauty, but also great talent.”
Jennie

Jennie was born as Kim Jennie, so when she became a trainee at YG Entertainment way back in 2010, she decided to use her real name as her artist name. Though Jennie was born in Korea, some fans have pointed out that it’s interesting she doesn’t have a Korean name as well. Some also spell her full name as Kim Jen Nie.
Lisa

Lisa’s full first name is Lalisa, so when she became a member of BLACKPINK, she shortened her name to “Lisa” as her artist name. However, some fans will know that Lalisa wasn’t her first name either. As reported by PinkVilla, Lisa was originally born as Pranpriya Manoban before she legally changed her name to Lalisa and then Lisa for BLACKPINK. As explained by a Quora user, Lisa changed her name to “Lalisa” because a fortuneteller told her and her family that her first name wasn’t right for her. So she changed it to “Lalisa,” which means “the one who is praised.”
Rosé

Jisoo (also spelled as Ji-Soo) is Jisoo’s real name, so it made sense that when she became a member of BLACKPINK that she would use her real name as her artist name. Like Jennie, Jisoo doesn’t use her stage name, and we’re cool with that as that’s how we’ve come to know and love her.

Our mission at STYLECASTER is to bring style to the people, and we only feature products we think you’ll love as much as we do. Please note that if you purchase something by clicking on a link within this story, we may receive a small commission of the sale and the retailer may receive certain auditable data for accounting purposes.