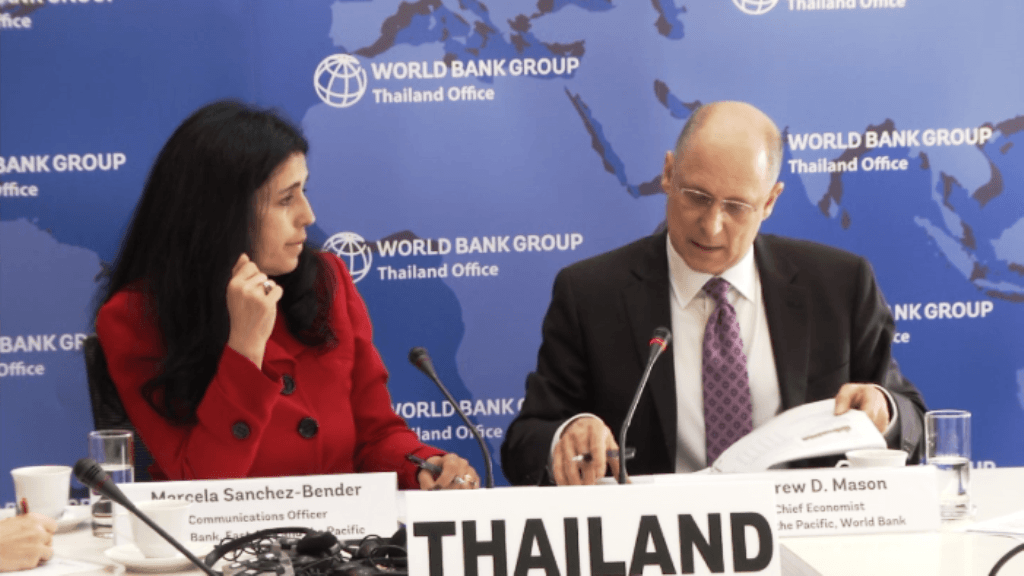 It estimated 2019 growth at 2.5%, a five-year low, due to declining exports and weakness in domestic demand, it said in a statement. The economy expanded 4.1% in 2018, according to the World Bank.

Southeast Asia’s second-largest economy is heavily reliant on exports. Which have been hit by a strong baht, while investment has been sluggish.

“If current trends continue, with no significant pick-up in investment and productivity growth, Thailand’s average annual growth rate will remain below 3%”.

Thailand wants to be high income Country by 2037


To achieve its vision of being a high-income country by 2037, Thailand will need to sustain long-run growth rates of above 5%. Which would require a productivity growth rate of 3% and increase investment to 40% of GDP, the bank said.

The World Bank recommends the Thai government consider policies to enhance the effectiveness of the stimulus. By focusing on implementing major public investment projects. And also providing social protection coverage for vulnerable families.

Separately, Finance Minister Uttama Savanayana told reporters on Friday that the government will soon propose to the cabinet additional measures to spur investment. It will also front-load investment by state-owned firms.

The finance ministry is also considering extending an earlier measure aimed at boosting consumption. Which is crucial to the economy amid a global economic slowdown, he said.