Why Post-Furlough Job Cuts will Damage Growth and Reputations
Advertisement 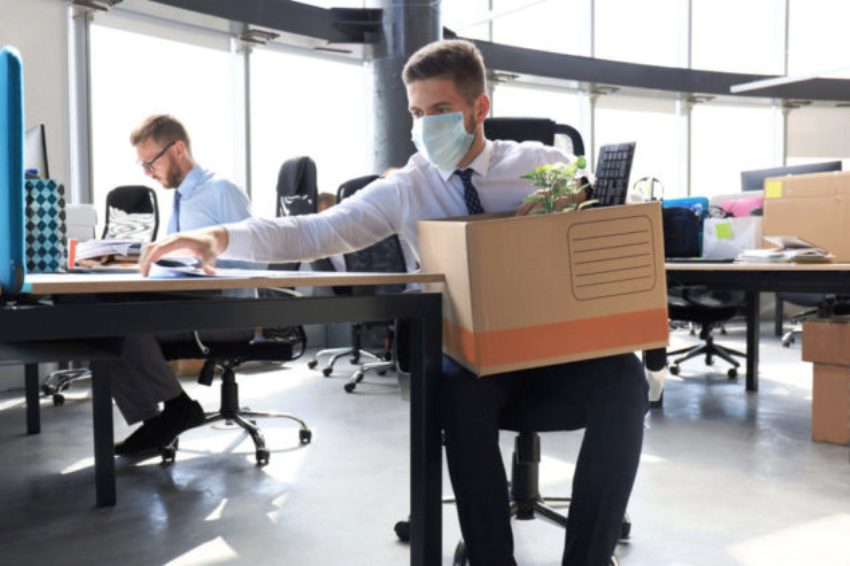 Until lockdown, furlough was not a well-known concept in the UK. Normally, it describes a situation where an employer grants an employee unpaid leave of absence. During the Covid-19 crisis, the act of furloughing has taken on a new meaning, and significance.

It has been an integral part of a Government measure to support businesses and help them survive the economic consequences of lockdown.

Early in June, the Treasury announced that around 8.9 million workers in the UK were covered by its furlough scheme. The incentive for employers has been that the state will pay 80 per cent of salaries up to £2,500 a month.

But what lies ahead? The Chancellor has announced the scheme will end in October.

Meanwhile, we are heading towards a sharp recession. How employers react has far-reaching consequences for the economy, employees and businesses.

If employers’ immediate reaction is to cut jobs, they risk damaging future growth and doing potentially irreparable harm to their own reputations.

The fear is that Britain will face its worst ever recession following the Covid-19 lockdown.

Already, the economy has suffered an enormous financial shock but now millions of jobs could be at risk.

In April, the financial markets were in turmoil and the oil price plummeted before turning negative for the first time ever.

UK GDP dropped too, by a colossal 20.4 per cent between March and April.

The economic conditions for emerging out of lockdown are looking precarious.

But they also present an opportunity to re-think the economy.

The question is: how will businesses respond?

The perils of preserving the status quo

There are reports that British firms intend to cut the jobs of 25 per cent of furloughed workers.

For many, as the economy reopens, they will face joblessness.

To an extent, this reaction from employers is understandable, because many of them fear there will be lasting economic damage from lockdown. Some think it could take as long as two years for them to get back on track.

But is cutting jobs the right response? Not according to Javad Marandi.

If, following the stress and tragedy of Covid-19, there is the opportunity to change things for the better, why should we attempt to preserve the current system?

Recessions come and go, but this one threatens to be both deep and prolonged. We are not looking at a V-shaped recovery.

The typical response to a recession is to try and preserve wealth at all costs, even if it means cutting jobs; therefore rapidly accelerating unemployment is a major feature of modern recessions.

The trouble is that this becomes a self-reinforcing, downward death-spiral. Unemployed workers have less to spend. Those who survive the cull become cautious and save more.

This leads to an overall decline in spending, leading to more lay-offs, further declines in spending and so on.

This sort of damage can then take years to fix.

The question for business then is whether redundancy is a last resort or a first response.

But there is another factor, which should give them pause for thought before cutting jobs. That factor is reputation, and it is something that Covid-19 has made more acute.

Reputation and the post-covid-19 culture

During the coronavirus crisis, there has been intense media scrutiny of employers and how they have behaved.

We have seen this in the early stages of the pandemic, where there has been the perception that certain employers were not offering their staff sufficient protection.

And this media interest has also extended to those businesses who have reacted to lockdown by immediately making staff redundant.

Now there is a focus on which businesses are planning redundancies when the Government’s furlough scheme ends.

It is true that some sectors, such as aviation, face bigger challenges than others but the mood in the country is does not support the idea of job cuts.

Companies across a broad range of industries will find the country especially unforgiving if they scramble to maintain profits at the expense of jobs.

Emerging out of lockdown into an era of uncertainty is making many people cautious about spending, and that apprehension will translate into choices about where to spend money, and who with.

Businesses simply cannot afford to incur lasting reputational damage in an economy that is teetering on the brink.

Instead, they should be demonstrating their willingness to support the economy and the communities on their doorsteps that depend on it, and also contribute to it.