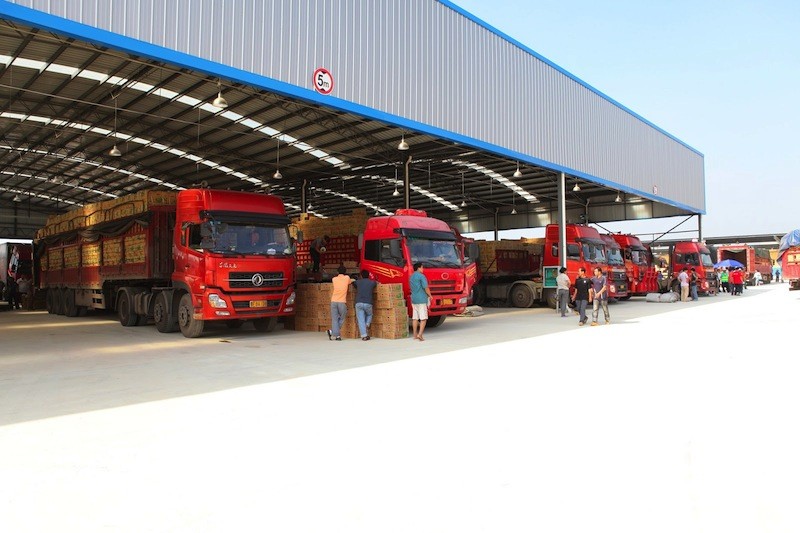 Exporters in Thailand are closely watching the US-China trade dispute after the two giants reached a phase 1 agreement. Even more now Thai products will have to now compete with US goods for Chinese market share.

Under the agreement between Washington and Beijing, China will buy US products amounting to not less than US$200 billion within two years. The items being oil seeds, beef, pork, chicken, seafood, and animal feed. This is expected to have an impact on Thai agricultural exports.

However, Swine Raisers Association president Surachai Sutthitham said that if China purchases more pork from the US, it will have some impact on Thailand but probably not much.

Due to the current swine fever in China, there was still an opportunity to sell more pork to China. This could be done by exporting not more than 1,000 pigs per day over. They can be delivered by boat through Chiang Rai’s Chiang Saen checkpoint to China’s southern Yunnan province. However presently the Mekong is too low for shipping due to Dams in China stopping river flow.

“The pork that we export to China is from standard farms which are free from African swine flu. Its certified by the Department of Livestock Development in Chiang Rai before shipping.

If China imports more pork from the United States, it probably won’t affect us much. Because the Chinese pork consumption the biggest in the world, ” said Surachai.

However Thai Broiler Processing Exporters Association manager Kukrit Arepagorn said that China has lifted its ban on poultry imports from the US in November 2019. Now poultry from 172 processing plants in the US had been certified by China, so this may also affect Thai exports.

“African Swine Fever has spread in China since late June. Which has decreased the amount of pork available and increasing demand for chickens in the country, ” Kukrit said.

“If China turns to the US for increased chicken imports, it may affect Thailand, ” he said

“However, we still have the advantage over the US for the freshness of products as we are closer to China. Most chicken products imported from Thailand are chicken feet, middle wings, and drumsticks.

“Chicken products imported by China from the US are mainly drumsticks and legs. But these products from the US take months to reach China. However, fluctuating market prices in China may place even Thai traders at risk of losing profit, ” Kukrit added.

Related Topics:ChickenPorkthailandUS-China trade
Up Next

The Thai Baht Slowly Weakening Against the US Dollar