The Thai Baht Slowly Weakening Against the US Dollar
Advertisement 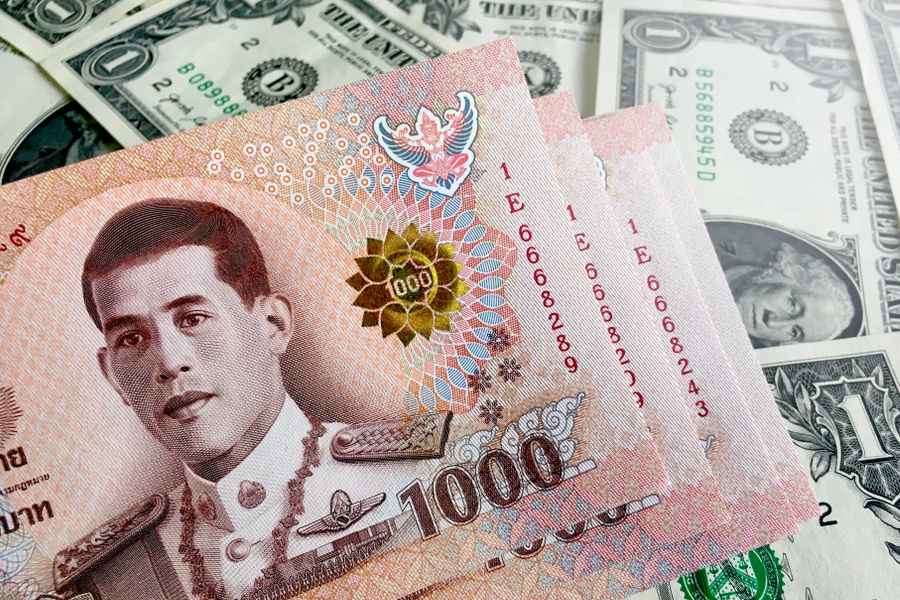 The baht has weakened against the US dollar and traded cautiously after the Bank of Thailand expressed concern about its movement. Saying it was ready to announce more measures to stabilize the Baht if necessary.

The central bank remains concerned about the Baht’s appreciation and is ready to consider additional measures.

During the week of January 20-24, Kasikornbank expects the Baht to move within a range of Bt30.20-Bt30.60/USD. A key domestic factor to be monitored closely is Thai export data for December, Asia One reports.

Meanwhile, the US dollar gained on better-than-expected US retail sales in December and jobless claims data. The Baht was also weighed down by net foreign stock-selling orders. The US economic data is also to be released during the week which includes December Existing Home Sales, and November House Price Index.

Meanwhile, regional Asian currencies rose along with the yuan after the US removed China from the list of currency manipulators. Also the first phase of the US-China trade deal was officially signed last week.

Market participants are also awaiting the outcome of the Bank of Japan and European Central Bank meetings; signs of the next phase of the US-China trade negotiations; as well as preliminary composite purchase managers index data for January of the US; the euro-zone, and Japan.

South Korea’s Kospi added 0.54% to close at 2,262.64 as shares of industry heavyweight Samsung Electronics jumped 1.79%. After the firm announced some leadership changes.