Thailand's Real Crisis is its Contracting Economy Not Covid-19
Advertisement 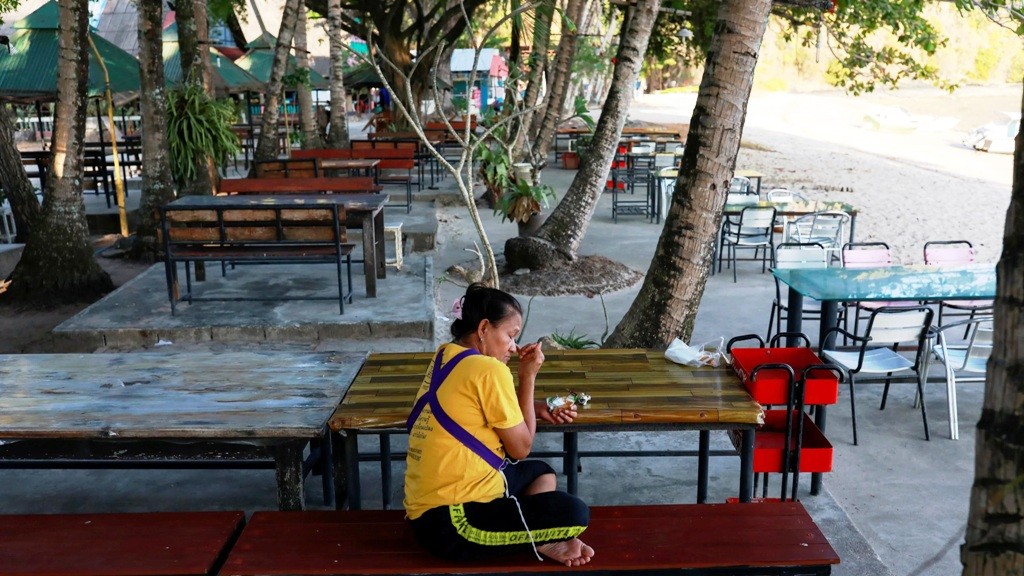 Beyond Thailand’s success in limiting the impact of the COVID-19 health crisis, two other crises are unfolding the big one is the economy. Thailand’s Real Crisis is its failing economy and anti-government protest that are also sending Thailand’s economy into a tailspin.

Drawing most attention is the recent wave of student-led protests that have unleashed speculation about Thailand’s political stability. Yet recent data collected by the Asia Foundation points to a more consequential economic crisis that could well outlast the protests and pandemic.

These three crises are, for the moment, unrelated. The government’s handling of the pandemic has been wildly popular. While the protests have been fueled by pre-pandemic political grievances, and organized by students from Thailand’s elite schools.

So far, there is no evidence that economic pressures are swelling the protest movements. But if Thailand’s economy continues on its current trajectory, significantly deepening poverty and inequality, there is a risk that millions of newly poor Thai citizens could find common cause with the student political protests.

Economic crisis knocking at the door

Thailand’s government is running out of time to deal with the looming economic crisis. The high-profile departure of the government’s entire team of economic ministers in August created the impression that no one is at the helm just as the economic ship of state is entering the storm. Last week’s resignation of Finance Minister Predee Daochai after just 26 days in the job — apparently due to political jockeying over senior posts inside the ministry — only heightened those fears.

In the early days of the pandemic, Prime Minister Prayuth Chan-ocha moved quickly in rolling out an economic relief and stimulus program. Yet despite spiraling unemployment and economic hardship, the government’s emergency monthly cash handout scheme of 5,000 baht ($160) to self-employed and laid-off workers, which provided a lifeline for more than 20% of Thailand’s 69 million people, ended abruptly on July 31 after just three months.

Leaving many of the 14 million recipients with no alternative income. The government is now considering a new 3,000 baht monthly cash handout scheme, though it will require recipients to use an online application and will limit spending to 100-200 baht per day.

Furthermore  with national borders shut indefinitely, tourism — which accounts for around 15% of Thailand’s gross domestic product — has collapsed. Just 6 million international visitors are expected this year. Compared to the nearly 40 million in 2019. With the UN estimating economic losses worth $47 billion.

Recent nationwide surveys conducted by the Asia Foundation and the National Institute of Development Administration found other unmistakable signs of economic distress. Even more with personal incomes contracting at an alarming rate.

Since the onset of COVID-19, more than two-thirds of the Thai workforce has seen their incomes decline, at an average of nearly 50%. In June, one in ten micro and small business owners said they were on the verge of shutting down. Nearly a third said they expected to shut by the end of the year. This is leading to a rapid rise in unemployment, with many businesses forced to let go of staff. Hardest hit are Thailand’s informal workers — more than half of the country’s workforce — with 81% of those employed in the tourism sector losing their jobs.

While life is slowly getting back to normal on the surface, if Thailand was hit by another lockdown, the consequences would be catastrophic. Many business owners repeatedly told Nikkei Asia Review that they would not survive. In the tourism sector, 60% of businesses said they have seen no improvement in revenue since the initial lockdown. Even more only 12% of manufacturing businesses have recovered to pre-covid-19 levels.

Many of Thailand’s neediest have received no help at all. A soft loans scheme introduced to help small businesses — considered a flagship government program — is being utilized by only 15% of business owners. Even the 5,000 baht monthly handout scheme failed. The scheme never reached more than half informal workers, the target beneficiaries.

One problem is that support is being delivered through multiple independent channels. Such as banks, utilities and ministries, without a clear central point of communication.

Meanwhile, some businesses are adapting and finding creative ways through the covid-19 crisis. With around a third of small businesses expanding online sales. Others businesses have been able to offer new products or services. One fried banana producer in Thailand’s northeast succeeded in shifting most sales to social media. With revenue almost back to pre-COVID-19 levels.

Still, more than half of small businesses in tourism and manufacturing have not been able to adapt.

Perhaps the most crucial factor driving the contraction is the widespread lack of confidence in Thailand’s economic recovery. Many business owners say they simply do not want to take on additional debt. Especially while the uncertainty persists. Tragically, many small businesses are choosing to close. Above all because they see a future of mounting losses and personal debt.

In addition to showing a credible pathway to recovery, the government must also find new ways to stop the economy from contracting. Shrinking incomes and consumer demand. In addition to renewing cash transfer programs. It could follow the example of many other governments by incentivizing businesses to keep employees on the payroll.

Finally, it is critical to understand why businesses are not adapting faster, and not accessing the soft loans.