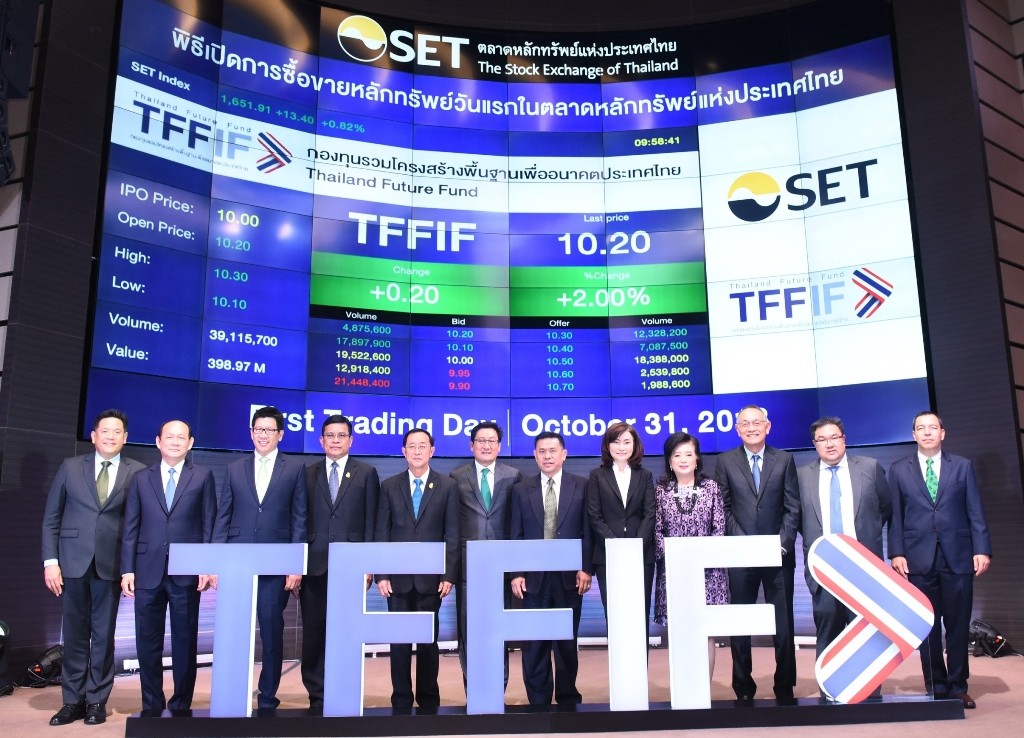 Thailand’s Finance Ministry has reported that it may allow foreign investors to invest money into TFFIF Future Funds. A state-backed infrastructure fund, with strong interest returns for investors.

The TFFIF’s future funds return of 5-6% has caught foreigners’ attention because such returns are considered high in a low-interest-rate environment, said Finance Minister Uttama Savanayana.

The initial TFFIF public offering, raised funds worth 44.7 billion baht in October 2018. Above all it received an overwhelming response from the public. Prompting the government to consider issuance of a new batch of units.

The future fund, which is listed on the Stock Exchange of Thailand, is backed by 45% of future revenue from; the Chalong Rat Expressway and the Burapha Withi Expressway; both are also owned by the Expressway Authority.

The office is also considering which of the government’s infrastructure projects will be used as underlying assets for the second batch of TFFIF’s. Mr. Prapas said that brownfield projects are expected to be used to back the new fund.

Meanwhile, Mr Prapas estimated that more than 100 billion baht worth of state enterprises’ investment budget would be doled out from January-to-March.

Of the total, 45.8 billion baht is expected to be taken out by parent state enterprises. And also 65.1 billion baht by subsidiaries, he told the Bangkok Post.

Debt Accumulated by Teachers in Thailand Risen to Crisis Levels