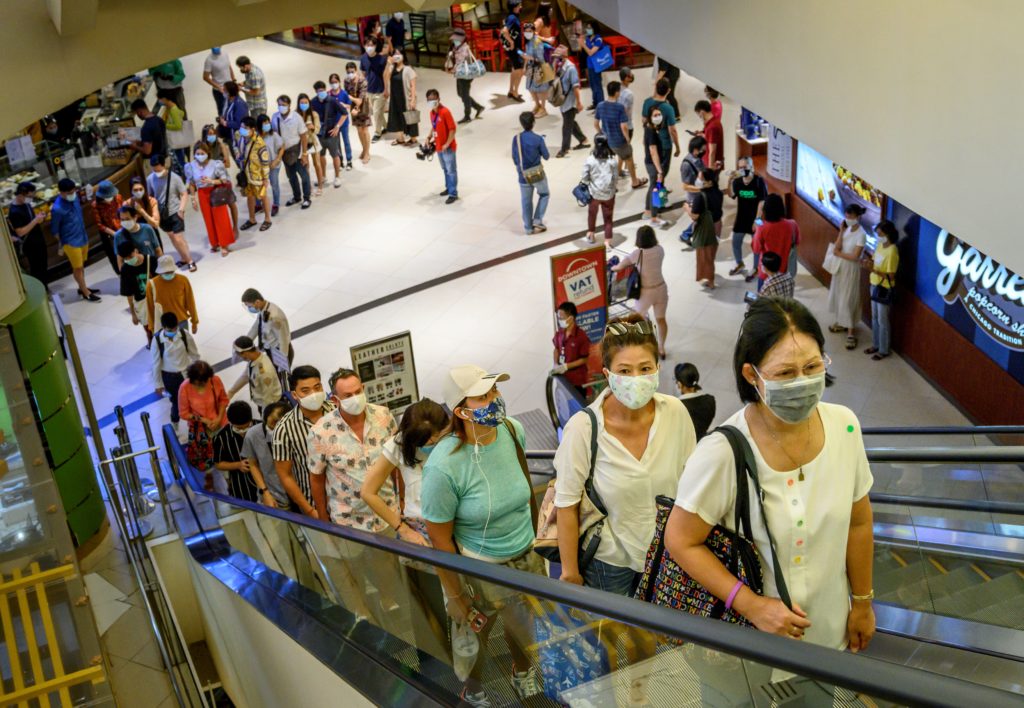 The Government of Prayut Chan-o-cha in Thailand has said it will lift the night curfew, imposed nationwide effective on June 15. In line with the fourth round of easing business restrictions the Center for Covid-19 Situation Administration (CCSA) reported.

Restrictions on travelling in and out of Thailand remain in place, CCSA spokesman, Dr. Taweesin Visanuyothin said.

The government would maintain controls on all immigration – by land, water and air. Because all new Covid-19 patients were people returning from other countries.

Dr. Taweesilp said domestic airlines could sell all seats on a flight. Because planes have good ventilation systems and flight-times are short, about one hour. Infection on average needed at least two hours of exposure, he said.

However, airline passengers must continue to wear face masks and use hand sanitizers.

He also said occupancy rates on buses would be limited to 70% of seats. Because bus trips were longer and their ventilation systems were poor.

Alcohol sales will be allowed in dine-in restaurants, however pubs, bars and entertainment venues will remain closed.

Group exercise in parks and other outdoor locations could resume, with up to 50 people participating. Crew limit for film and TV production will be increased to a maximum of 150 persons.

Water parks, playgrounds and amusement parks could reopen. Except for ball pits and inflatable playgrounds, which were difficult to disinfect. Sports could resume, but without spectators. Game arcades in malls could reopen.

Officials would announce detailed measures of the relaxation this weekend before it takes effect on Monday. All restored business and activities must be subject to disease control measures, Dr Taweesilp said.

Thailand on Friday reported four new cases of Covid-19, raising the total cases to 3,129. All new infections were found in state quarantine, the CCSA spokesman said.

The death toll remains at 58. The total recovery cases were recorded at 2,987 and 84 patients are being treated at hospitals.

All new cases were Thai returnees from India and were placed in state quarantine in Chonburi. They were asymptomatic but tested positive to the coronavirus.

Dr Taweesilp also said that India had the most Covid-19 cases in Asia (298,283) and ranked fourth globally. Also that 2,445 Thai people working for Indian businesses had returned.

Thailand to Use Natural Rubber in all Future Road Construction

Bank of Thailand Tested as Thai Baht has its “Biggest Gain”