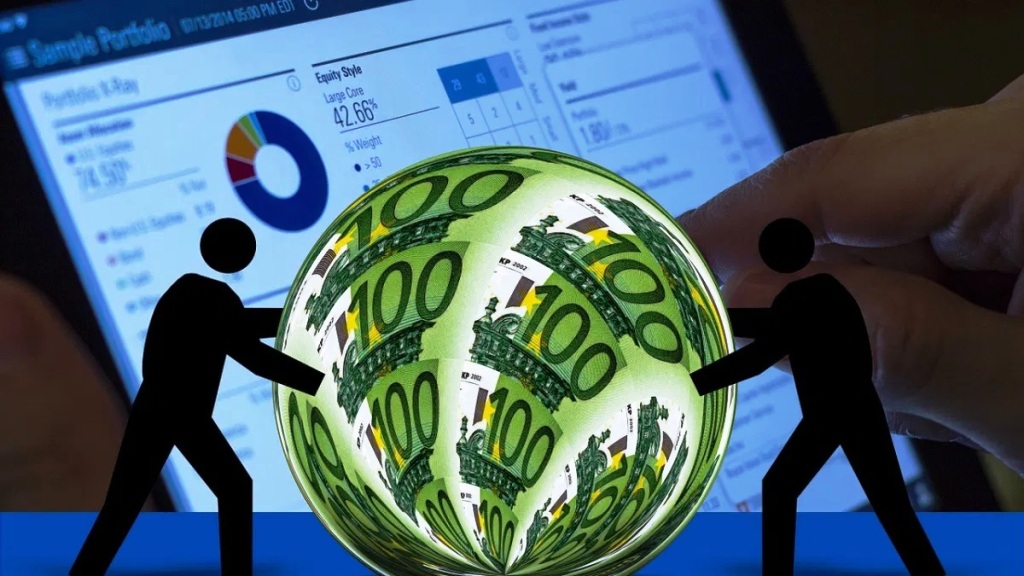 The largest financial market in the world is the forex market, which is very active to the point that transactions every single day are worth over $5 trillion. That is every single damn day! Can you imagine that?

The market is open for banks and other financial institutions to trade with each other, or even when tourists visit new destinations. They also make currency exchanges, which is beneficial to the trader selling the local currency for foreign currency, and this too is part of the forex market.

Because people often think that forex traders are only those working on computers, constantly checking currency trends online. However they are just a part, it is a huge platform.

The market is open from Monday to Friday each week, for 24 hours every day. With the advent of technology, forex trading has become very easy to the point that an individual can start trading currencies with just a click.

However, although there seems to be a lot of benefits trading on the financial market, it isn’t as easy to be successful in trading. One important point for a newbie trader or even and an expert trader is that a sound trading education is a key component to success in the financial market.

This helps them learn profound trading techniques and risk management skills which are essential in setting up a properly funded trading account. Unfortunately for investors, there are many crooked people out there who claim to be brokers and scam potential forex investors of their hard-earned money.

As new innovations are introduced to the markets to improve transaction speed and accessibility, so too do these scammers improve the ways through which they scam individuals. This is to say that forex scams still have a long way to go on the financial markets and will not be stopping any time soon. In fact, as long as there is a forex market, there will always be forex scams. But how can this problem be solved?

In Thailand, many people filed complaints about being victims of forex scams. This situation is becoming very predominant in the country as the Department of Special Investigations in Thailand has reported many such complaints.

While scammers have made a lot taking advantage of helpless investors, many of such investors have lost millions of baht to forex scammers. You might think for a second here that these scammers might only be men, think again. It was reported on Monday by the Bangkok Post that a woman named Thanida Prompichai scammed over 20 people on her forex scam platform. This is just one out of the many foreign exchange market scam cases prevalent in Thailand.

One of the main reasons why Thailand has so many FX scam cases is not due to relaxed regulations, but due to relaxed customers and small industry. Thai people are quite proud and much prefer to trade with a local brand rather than with an international one, therefore leading scammers to take advantage of them.

Furthermore, these scam companies are getting more and more elaborate with their efforts to hide their true motives. Customers just can’t tell a good one apart from a scam anymore, which is why market experts are starting to target this very important niche. A good example of determining a broker’s true motives is shown by TopForexBrokers when they found out that Roboforex broker is not legitimate through license screening and customer research.

Investors have also fallen victim to Forex-3D which is another phony forex trading company that has used social media platforms to garner more victims for their forex scams.

In recent news, more forex traders filed a complaint to the DSI after losing over one billion baht to an unscrupulous trading company. Just like all other scamming companies out there, this firm announced high returns for their “clients” from trades on the forex market and since it seemed like a potential investment, these group of traders decided to invest a lot of money with the objective of making high returns, things didn’t exactly pan out because it was the biggest forex scam recently registered.

The company of course had staged pictures with celebrities claiming to the Department of Special Investigations that they were a reputable firm, but it was later confirmed that these pictures were actually photoshopped by the phony firm to include celebrities and make them look credible. It is reported that over 2400 individuals were victims of this scam.

Another Thai forex scam artist who is now on the run in Switzerland is a woman called Kittiyakorn Watcharawalrakarn, also known as Kitti. She has swindled people of millions of dollars in her Ponzi scheme. Not only did she scam local traders, but she also scammed people worldwide with her fake forex accounts.

There are multiple warrants of arrest both in Thailand and in Singapore issued for her.

A 37-year-old Russian man who was resident in Thailand is one of the most wanted forex scammers by the Thailand local police for scamming a total of over 1.4 million forex traders to the tune of 730 million baht ($22 million or GBP £17.2 million).

The man who is originally from St. Petersburg is called Alexey Chikalov. He has affected millions of investors across the South East Asian country. Reports state that this man had investors believe that he could give them access to over 70 different types of assets. Including currency pairs, in the format of the binary options, and much more. As soon as the investors deposited their money, it became clear that they had been scammed because there was no such investment.

Thailand’s history of forex trade scams has made it very difficult for foreign direct investments to happen in the country. Many foreign companies are avoiding any Ponzi schemes in the guise of foreign financial trading organizations. However, the administration is putting regulations in place to curb the activities of forex scamming companies. But then, individuals likewise have to do the due diligence and check the activities of companies before investing.

The Bank of Thailand Issues A Warning

Late last year before the pandemic became global, The Bank of Thailand issued a warning to companies operating without a permit. Also, The assistant to the Bank of Thailand governor of the Financial Markets, Wachira Aromdee said that there are some websites on social media that invite people to invest in forex trading. They offer very attractive investment returns. However the public should beware of such companies. Because they are in violation of the Foreign Exchange Law and other regulations.