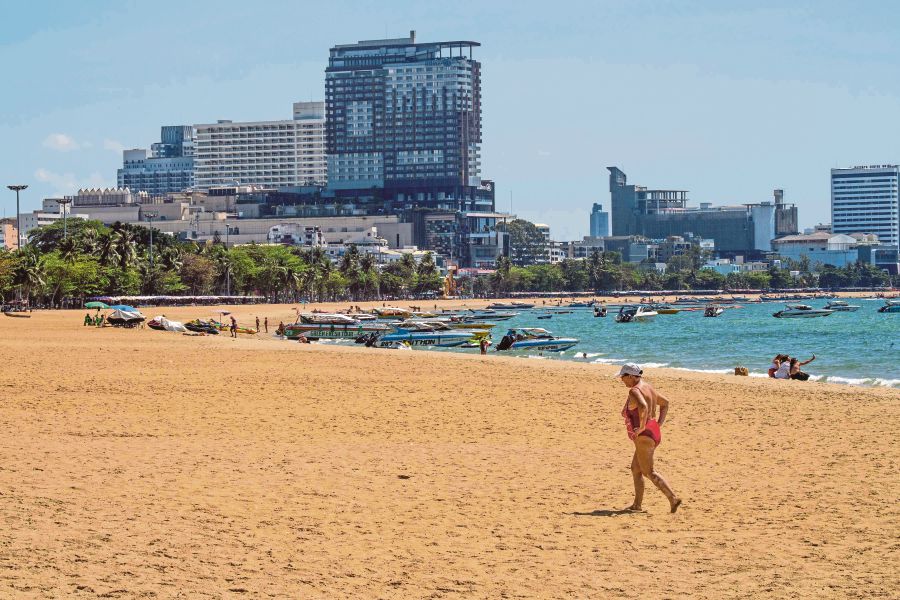 Thailand is set to welcome the first batch of foreign tourists in six months, but the government is unlikely to fully throw open beaches to foreign tourists until a covid-19 vaccine is widely available.

Authorities will probably allow the entry of only a limited number of foreign tourists for a few months before considering further easing of curbs, Chairat Trirattanajarasporn, president of the Tourism Council of Thailand, told reporters in Bangkok on Wednesday. The council, which represents local tourism operators, doesn’t expect full reopening of the borders until covid-19 vaccines become accessible, he told Bloomberg.

About 150 Chinese nationals will arrive at Phuket on Oct 8. The first set of foreign tourists to visit the country after the covid-19 pandemic forced the closure of  Thailand’s borders in March. The plan could provide a model for how other tourist-reliant economies around the world — from New Zealand to Greece — could reopen more safely to international travellers.

“It’s good for the country to reopen even if it’s just for trial,” Mr Chairat said. “Once we’ve tested our reopening plan for a month, we can assess how to go forward and allow more visitors to come in.”

The cap on foreign tourist is aimed at testing the nation’s readiness for a wider tourism re-opening in the coming months as Prime Minister Prayut Chan-o-cha steps up efforts to revive the ailing tourism sector, which makes up about a fifth of the nation’s economy.

Tourists will require mandatory quarantined for the first 14 days in ASQ Hotels. Furthermore they will need to stay for a minimum of 90 days as authorities seek to maintain Thailand’s relative success in containing the covid-19 pandemic. Despite being the first place outside China to get the covid-19 virus.

Thailand’s cabinet this week also extended a state of emergency until the end of October. Above all to allow government to enforce mandatory quarantines. Also to streamline disease-control plans without multiple approvals from various agencies.

While the tourism council expects about 50,000 tourists to visit Thailand in the fourth quarter, full-year arrivals are seen down 83% at 6.74 million, Mr Chairat said. Adding revenue will plunge 82.6% to 336.5 billion baht. The long absence of foreign visitors in Thailand’s tourist hotspots will shutter most businesses in the coming months, he said.

“Businesses that rely on foreign tourists; especially in Phuket; Samui; Pattaya and Chiang Mai. They will continue to close in the coming months because there would only be a small group of people coming in after the reopening,” Mr Chairat said.

The pandemic has devastated Thailand’s tourism industry. The industry provided more than 1.9 trillion baht in revenue from about 40 million foreign visitors in 2019. A government campaign to boost local travel through hotel and air travel concessions has failed to make up for the slump in earnings. Continued restrictions on foreign tourists may send the nation’s hotels into a second straight year of contraction in 2021, according to Bank of Thailand’s Senior Director Don Nakornthab.