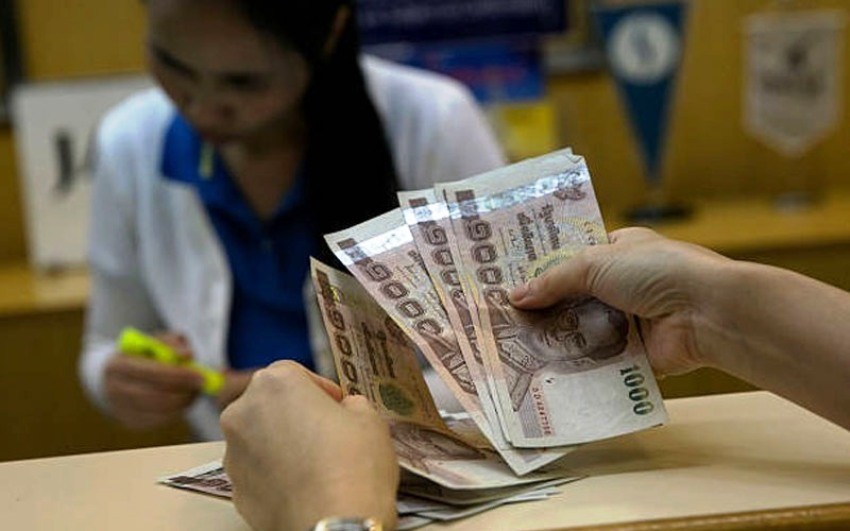 Thailand’s baht surged the most in a year, defying a selloff among emerging Asian currencies and testing the central bank’s patience after it warned of economic risks from continued appreciation. At the start of June, the Bank of Thailand said expressed concerned about the Thai baht’s recent and rapid appreciation. Saying it’s ready to take steps to curb a climb that could imperil an already fragile economy.

Thailand’s presence during 2020 was not necessarily highlighted due to the obvious elephant in the room. COVID-19 basically took the voices of smaller countries away from them and focused more on larger countries trying to combat the pandemic. However, this did not mean that smaller countries were not suffering from the economic implications of what the virus had brought.

Sure you may have seen some news about Thai scientists coming up with a cocktail of medicine to treat the virus, but other than that, there is a plethora of information about the country and how it has been dealing with the economic damage caused in just Q1 of 2020.

In most cases, people would use the GDP of the country in order to measure the damage caused by the pandemic, but in this case, we have to use the exchange rate of the Baht, considering how interconnected it is to the general economy and situation in the country.

You see, Thailand is not necessarily known for focusing on production and exporting it to nearby countries. They simply cannot do it, due to having a two behemoth producer such as India and China nearby. Therefore, the only thing they can truly focus on our services. These services tend to be more focused around the travel industry, thus concentrating the economy too much.

Needless to say, the “cancellation” of Thailand’s Spring and Summer seasons was absolutely devastating for millions of locals and the economy. This was pretty well displayed by the National Bank through actively trying to devalue the currency since the beginning of the year.

The anticipation was that lowering the exchange rate in relation to the USD would help convince countries like the United States, the UK, and various others to prioritize Thai exports as opposed to Chinese exports.

There was no better time to do this as well, considering that production was seized and the political relations with China were souring every single day. Unfortunately for Thailand though, this new plan, alongside all of the planning for anticipated income through tourism, just vanished right in front of their eyes. And the results are very clear to see.

Although many businesses could potentially go back to their regular routines even during the remainder of the national emergency situation. It’s also very unlikely for Thailand to start accepting international tourists before June 30th. Even after this date, it’s very hard to say whether the government will risk a new wave of the virus inside of the country. Considering that China is now starting to see the Coronavirus resurface again.

Because of this uncertainty, the Thai Baht has been all over the place. Taking a look at the chart we can clearly see that during the first months of the pandemic the Thai Baht was performing amazingly well due to the anticipation that it could potentially rise when the pandemic was over.

Most countries thought that the virus would die out during the final weeks of Spring, but as we can all see, it’s still raging on. Because of this, the facade of hope was broken within just a few days, thus causing both institutional and retail traders to dump the Baht on the market and consolidate their holdings with USD, EUR or JPY.

According to some of the most trustful forex brokers in Thailand, the bearish market was so intense that they had to somehow lower their leverage allowance as well as the maximum trading size. If they had not done so, it was almost guaranteed for them to lose even more than they were already losing during the year.

But, one “person” that walked away from a victor from all of this was the central bank of Thailand. The mission for devaluing the currency has been a resounding success for some, but taking a look at the same chart, it is obvious that there’s still a long way to go to reach the pre-pandemic exchange rate. However, the pre-pandemic exchange rate is definitely not the goal here, it is much much lower.

The most likely target would be the large dip that happened at the beginning of the year, thus instilling the bullish sentiment for the rest of the months to come.

What to expect with economy

It is quite clear that the central bank is trying to convince foreign investors to increase the FDI it had lost during the year. They’re basically playing the long game as they would much rather have the economy suffer for the remaining of the year with a depreciating currency, rather than have everybody’s hopes up with an appreciating one and suddenly burst the bubble introducing a great depression Thailand version.

If you’re also interested, we just wrote a guide about When Are the Best Times to Trade Forex?
Related Topics:EconomyExchange ratethai bahtthailand
Up Next

Bank of Thailand Tested as Thai Baht has its “Biggest Gain”

Bank Expert Predicts Thailand’s Economy to Contract by 8.9 % in 2020