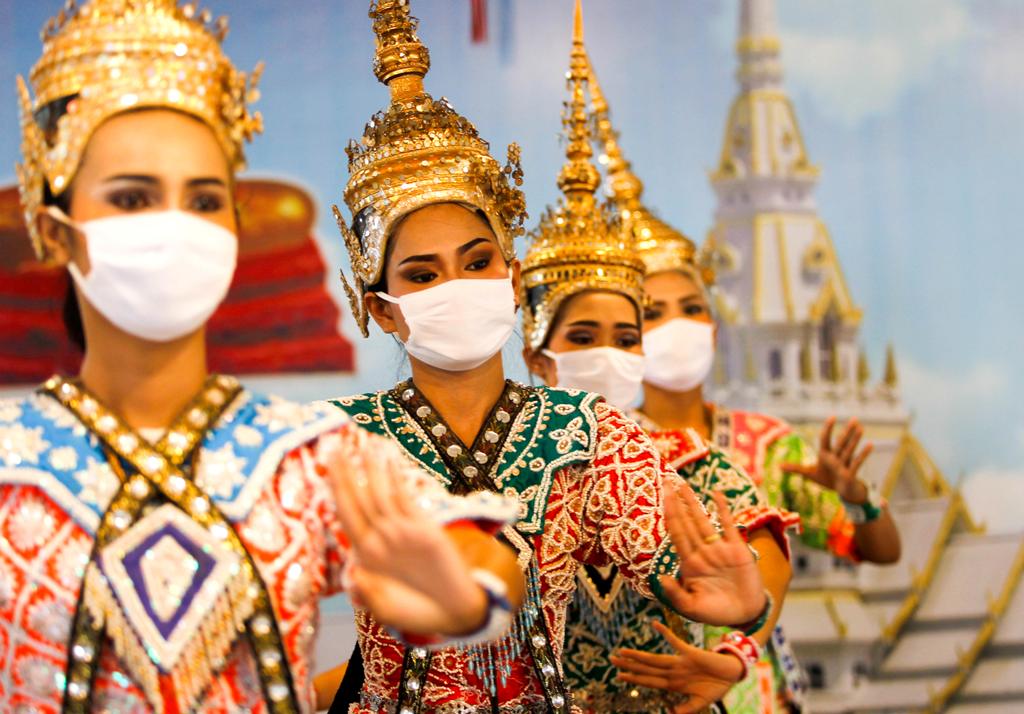 Thailand is one of the few countries that can claim to have restricted the internal spread of COVID-19 so far. The country has yet to reach 3500 total cases, with limited deaths, currently at 58.

A timely border closure supported by initiatives that were broadly embraced by Thai citizens has contributed to this arguably successful containment. Wspecially considering the size of Thailand’s population at nearly 70 million citizens. But has it truly been a success?

To Open or Not to Open Thailand?

In the past few weeks, several observers have questioned the necessity of maintaining Thailand’s strict lockdown. Particularly in light of the country’s dependence on tourism. Which constitutes a sizable portion of its GDP at anywhere between 10 and 20%. After a record 39.8 million tourists in 2019, the Bank of Thailand expects around 8 million visitors for 2020. However even lower numbers have been feared.

A recent report from the National Economic and Social Development Council (NESDC) claimed that more than 4 million Thais were unemployed because of the lack of tourists. Also as many as 14 million could be in the same situation if a solution is not found by years end. All of this is in addition to the ongoing economic hardship that has hit the industrial sector.

In early August, the authorities presented a plan to gradually reopen the country starting with Phuket. The Thai Government hoped the situation could be more easily monitored in Phuket. The plan immediately raised some doubts about its potential appeal and difficult implementation. Moreover, even before more details were set out, the first case of domestic transmission in 100 days was discovered. With lingering uncertainty about how it could have happened. This resulted in further delays in the potential reopening of Phuket.

More recently, another proposal to invite tourists with longer visas and other concessions was advanced and is currently being discussed. In the meantime, it seems that the limited Phuket model could be expanded to include the whole country. However it is still unclear who the target audience is and whether expensive quarantine periods in luxury hotels would still be mandatory. Even more if more affordable solutions will be offered.

Back in July, analysts described Thailand’s economic outlook as the “worst in Asia”, with a potential 8.1% contraction in GDP – even worse than the 1997 Asian Financial Crisis. This is mainly due to the country’s reliance on tourism and exports. Additionally, the baht, Thailand’s national currency, was gaining against the US dollar, hampering the rebound of exports while exacerbating the country’s overall economic woes.

Economic Discontent: Too Little, Too Late?

Fast forward to early September, and no comprehensive solution has been advanced yet. A few selected groups have been allowed to enter the country. Furthermore a domestic tourism stimulus has been introduced to mitigate the situation. However these measures alone will not be able to support local businesses in the long run. Also discontent is growing.

All things considered, Thailand might still be in a favorable position to implement the long-awaited “Safe and Sealed” plan. Above all to attract tourists to a virus-free travel destination. Several other countries have also felt the urge to reopen their borders. Whether to business travellers or tourists. Many of them have experienced second waves, most notably in Europe. However, for a country with extensive experience in hospitality and a capable healthcare system such as Thailand, risks can be managed.

For instance, the initial idea to attract a wealthier demographic who are likely to spend most of their time in resorts or circumscribed areas instead of more adventurous “backpacking” trips with multiple destinations should be thoroughly considered. Given the cost of flights, COVID-19 tests, and mandatory health insurance and quarantine, visitors who are still eager to come to Thailand. They can be expected to have the financial means to support themselves for longer stays. With limited risk of misconduct such as visa overstay, which is a common occurrence.

Beyond the pressing economic troubles discussed so far, student protests calling for the government to quit along with long-overdue changes to the constitution are gaining momentum. Initially limited to small gatherings at a few universities across the capital of Bangkok, they developed into a more inclusive mass protest of more than 10,000 participants in mid-August. These protests could not come at a worse time for Prime Minister Prayut Chan-o-cha, as the country is about to embark on a precarious “dance” between major powers while trying to avoid being involved in intensifying Sino-American rivalry.

Whilst the decision to gradually reopen the country to tourists and business people is almost entirely in the hands of local authorities. Both internal factors such as the development of the protests. Also external ones such as the upcoming presidential elections in the US; and the ensuing global implications; will have to be carefully weighed up to limit further internal; and external discontent and the associated economic and political risks. At this point, it is still unclear which factors will be most important in the near future, but it is certain that Thai leaders are about to face difficult choices that will define the country’s post-pandemic standing.

Related Topics:COVID-19EconomythailandTourism Industry
Up Next