Thailand Could Be Facing a Gloomy Outlook in 2020
Advertisement 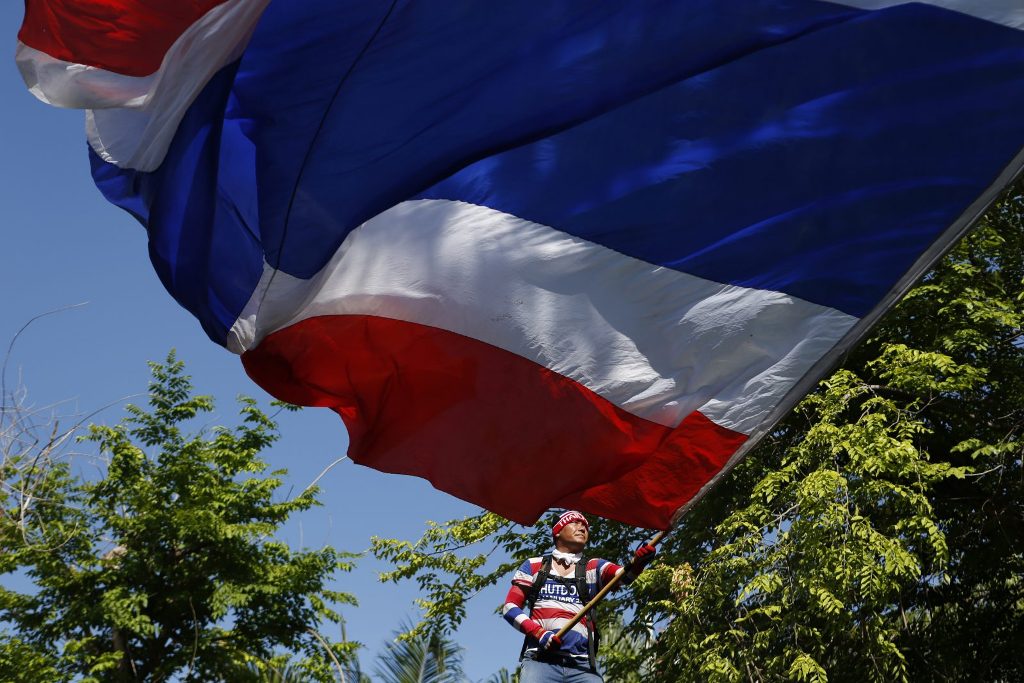 2019 was a controversial  year for Thailand, especially with the elections in March, but 2020 is shaping up to be even larger one. With drought affecting much of the country and the Mekong River at record lows. Both of which have the the potential to become regional flashpoints.

The battle to keep the baht down will also continue long into the new year. Its strength is threatening tourism and export sectors. The bahts strength is also and stressing Prime Minister Prayut Chan-o-cha’s leadership. Meanwhile, opposition Future Forward Party have vowed to take on the fight for democracy. Usurping Pheu Thai Party as leaders, but, for its leader Thanathorn Juangroongruangkit it could mean ruin.

The Environmental Crisis Continues in Thailand

There is no sign of relief in the long-running drought, with 31 provinces warned to expect drought conditions this year. Provinces to the north will continue to bear the brunt of the disaster, which has seen crops and livelihoods destroyed in recent months.

Prime Minister Prayuth Chan-o-cha has called on the rest of the country to help out by reducing water consumption. “Please all help save water. Turn off all the taps. Use less water. Reduce tooth-brushing and shower time by one minute,” he said Tuesday. His government also announced a government pledge for $100 million to extract groundwater.

Thais living along the Mekong have reason to be extra concerned. The river is at historic lows and will nearly certainly worsen in coming months as warm weather spikes in March and April. Already, scores of farming, fishing and other reliant communities along the river have been forced out in search of alternative employment.

Drought conditions have met a match in the damming of the Mekong. Laos’ Xayaburi Dam began operations in October and is already destroying much of the ecosystem downstream. Mahasarakham University researcher Chainarong Setthachau told Associated Press that the dam has created a phenomenon known as ‘hungry water.’ “The current has less sediment, which unleashes energy onto the river banks downstream. This so-called ‘hungry water’ will cause much more erosion to the banks, uprooting trees and damaging engineering structures in the river,” Chainarong told the Reuters.

The Xayaburi dam has not been operational for even six months and already is causing disaster for northeastern provinces. Laos is planning the construction of another nine dams. The Mekong River Commission — an intergovernmental agency including Myanmar, Laos, Cambodia and Thailand — has approved a new five-year strategy to mitigate some of these concerns, but experts warn it is not effective enough. Thai environmental experts have been particularly damning of the MRC focus, saying electricity generation for export has been prioritized over safeguarding the needs of Thai people.

Thailand’s Baht Too Big For Its Boots

The consistently strong baht will continue to occupy policymakers. The currency welcomed the new year by hitting the 30-to-USD ratio, a level not seen since 2013. While it has since dropped, woes are expected to continue. Bank of Thailand, the country’s central bank, spent last year slashing rates to record lows to middling success. Bloomberg reports that analysts expect further cuts but other options are limited and will be focused primarily on ensuring the baht does not again breach the 30-to-USD limit.

Predictions that the baht, one of the highest performing Asian currencies last year, would scare off holidaymakers in 2019 has not come to pass with the highest arrival figures on record. Still, exports have struggled with rice and other crop exports long predicted to miss 2019 targets. The shipping sector expects to see a further 5 percent contraction in exports this year with drought conditions exacerbating currency issues.

Drama Has Just Begun in Thailand

The year ahead in Thailand politics will likely be laid out in February. Opposition MPs have threatened a no-confidence motion against Prime Minister Prayuth Chan-o-cha. Which is expected to be tabled in the coming weeks. It’s unlikely any move would unseat Prayuth or other pro-military party ministers. Because the junta infamously stacked the cards in its favor prior to the march election.

The challenge will be led by Thailand’s opposition stalwarts Pheu Thai Party over land sale issues. While the issue itself may not be a stake in the heart of the government, party cadre Chalerm Ubamrung promises it’s just the beginning. “I can’t say if the land sale issue will actually tarnish Gen Prayut, but I can assure you that the first round of the boxing match has started … the opposition will not disappoint the public,” he said, as reported by Bangkok Post.

The Future Forward Party, whose leader Thanathorn Juangroongruangkit was booted from parliament last year, dropped four MPs after they consistently voted with Prayuts government. You can expect to see those MP’s join pro-government parties and retain their seats. Despite the heavy hits, FFP and Thanathorn do not plan on going down quietly.

Dissolution of Opposition Party in Thailand

Thanathorn called on supporters to rally in Bangkok in December after the official election body called on the Constitutional Court to forcibly dissolve the FFP. The rally is the largest in the city since 2014. It’s unlikely to be the last. “This is just the beginning. We’re here first as a test run. Prayuth, don’t be too afraid. The real thing is next month,” Thanathorn told attendees.

One poll shows he may have broad support. The National Institute for Development Administration survey, conducted across the country in the week after the demonstration. It found 31.42 percent of the 2,511 respondents thought Thanathorn and the FFP should be leading Thailand. Prayuth was the second choice with 23.74 percent of respondents.

Erin Cook is a Jakarta-based journalist covering Southeast Asian affairs. She has previously worked for several regional publications including the Jakarta Globe.