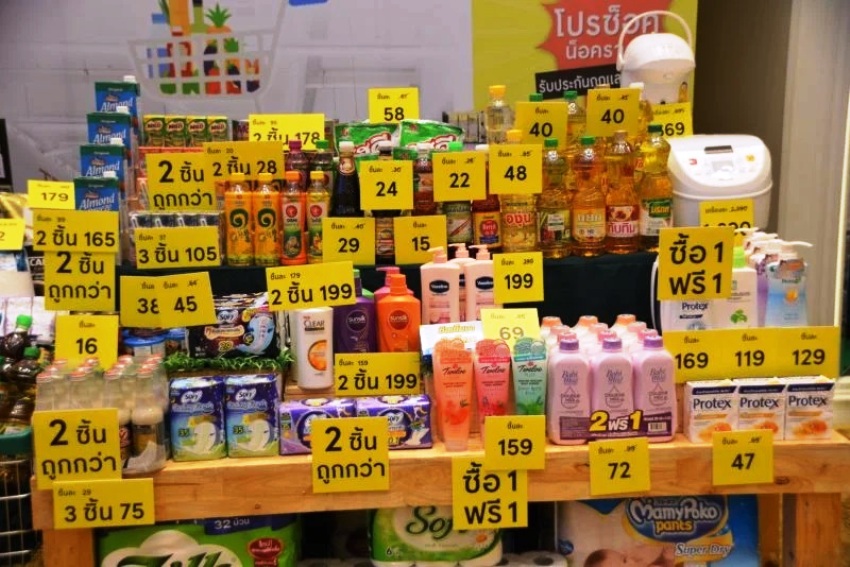 Thailand Department of Internal Trade is organizing a campaign for retailers to sell consumer goods at huge discount prices. Above all to help alleviate people’s financial burden during the Covid-19 crisis.

Deputy PM and Commerce Minister Jurin Laksanawisit said the discounts on consumer goods will happen in the second phase starting from April 25th until June 30th.

“The pilot phase of this campaign has been running from April 16 on consumer products with up to 58 per cent discount,” he said. In the second phase, which will start from Saturday 3,025 products will be added to the campaign. Even more with discounts as high as 68 per cent on retail items.

He said they expect this campaign to help reduce Thai people’s cost of living by a total of more than Bt1 billion.

Coronavirus: How Has It Affected the Global And Asia-Pacific Economies

Airports of Thailand Offers Huge Discounts for Airlines and Business