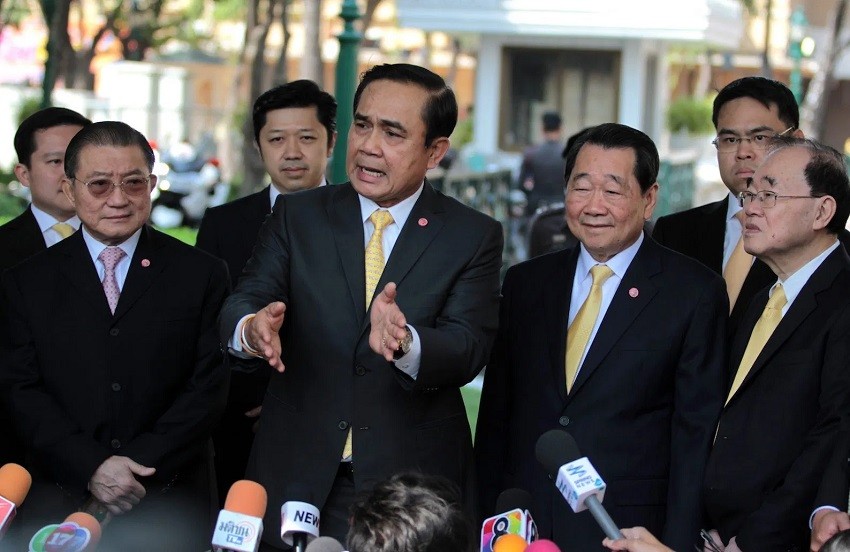 Except for a few abstentions, the 250-seat chamber voted in favor of the government’s counter-COVID-19 decree. It will be presented to the Constitutional Court before being passed on to the king for his approval.  The action followed the Central Bank’s earlier prediction that the Thai economy could shrink by 5.3 percent this year.

“I can tell that, in order to conduct any projects, the voices from the ground must be heard first. The wishes of all sectors, be they agriculture, industry, tourism, services and so on, will be honored,” Interior Minister Anupong Paochinda told the Senate. Adding that Prime Minister Prayuth had heard their concerns.

In April, Prayuth sought a loan of $30.5 billion (962 billion baht) from domestic banks to improve public health services to fight COVID-19. Also to cushion impacts on local businesses and hand out a relief subsidy of 15,000 baht to millions of citizens. Including farmers and workers in the entertainment sector.

The packages include another $15.26 billion from the Bank of Thailand earmarked for soft loans to small and medium-sized enterprises and another $12.24 billion to aid established firms and stabilize bond markets.

Puri Pongsuthi, a pub and restaurant owner in Khon Kaen province, said he has faced huge losses. Above all because customers were allowed to eat in the restaurant but he couldn’t sell liquor.

“In the last two months I lost 83 percent of sales and I owe beer companies because I cannot sell beer even though it is my main source of income,” Puri told BenarNews. “I wish the government allows customers to sit in and drink beer.”

Who’s monitoring the the Thai government

Opposition officials called for a house committee to be established to monitor spending. But there were no details on whether it would be established.

Anupong said certain projects and spending would be handled through provincial committees. Which would include private sector and civil society members to counter possible irregularities. He was one of the three key members of the National Council for Peace and Order (NCPO), the official name of the junta that toppled the elected Thai government of Yingluck Shinawatra six years ago. The coup led by Prime Minister Prayuth, the then-army chief.

“I hope they can offset negativity and ensure transparency conducting stimulus package projects. The concern may then remain only on whether projects are viable or not,” Anupong said.

During the lower house reading last week, a member of the opposition Move Forward Party expressed concerns. Worrying that the packages would lead to corruption and benefit specific groups rather than people.

In addition, a political analyst said he was disappointed that the government did not show a willingness to establish a house committee to monitor the spending.

“It is a pity that the [ruling] Palang Pracharat Party still has strong command in the parliament. It objected the opposition’s proposal to have a house committee monitor the handling of the regime,” said Titipol Phakdeewanich, dean of the faculty of political science at Ubon Ratchathani University.