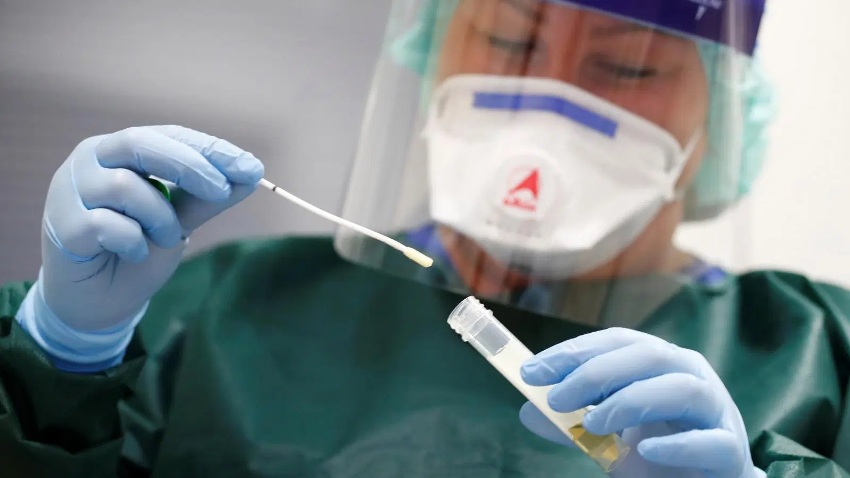 The Prime Minister could decide this week to allow the reopening of some retail businesses closed due to Covid-19. He is presently in discussions with relevant experts and business representatives.

Dr Taweesilp Visanuyothin, a spokesperson for the health department said the governments aim was to ensure effective disease control if some businesses were allowed to reopen.

The Thai government has conducted more than 100,000 tests and ramped up daily testing capacity to about 20,000. Mainly focusing on those with suspect symptoms or contact with infected people.

This approach is good for clinical purposes, but less so for population surveillance, according to William Aldis, formerly the World Health Organization’s representative in Thailand.

The country needs to pick representative groups, ideally province-by-province. Then test them recurringly to get a sense of the incidence of the virus within the population over time, said Aldis. This is a “paradigm shift” to so-called sentinel surveillance from the current approach of “more or less what we call opportunistic sampling,” he added.

“You need systematic collection of data,” said Aldis. He is now an adjunct assistant professor at Thammasat University’s Faculty of Public Health in Thailand. “You get a better decision if you’re taking this approach. It certainly gives it a level of validity we don’t have now” Bloomberg reports.

State of Emergency lockdown led to a decline in coronavirus cases

Countries around the world are trying to improve testing to track the disease. While Thailand plans to do some sentinel surveillance of patients with influenza-like illnesses, testing remains focused on those at high risk of novel coronavirus infection, according to Tanarak Plipat, deputy head of the disease control department.

Confirmed daily new cases have declined during a state of emergency. Furthermore the partial lockdown is due to expire at the end of April. Officials are now working on a plan for restarting the economy. Above all as the economy is headed for a deep contraction.

Thailand reported 32 new coronavirus cases Sunday, taking the total to 2,765. The rate of new cases has declined from more than 100 each day in late March and early April.

Meanwhile, Thailand’s National Vaccines Institute; in cooperation with the Medical Science and Science faculties of Mahidol University and the Faculty of Pharmacy of Chulalongkorn University; is now testing a candidate COVID-19 vaccine in animals, following completion of initial laboratory based tests.

Dr. Nakorn Premsri, director of the institute, said that, if the tests on animals show convincing results by stimulating the creation of antibodies, it will be tested on human beings in three phases.

The third phase, which will be tested on over 500 subjects. above all to determine the efficacy of the candidate vaccine, said Dr. Nakorn.

He disclosed that China, the United States and Britain have already tested their candidate vaccines on human beings.

Also saying that the other approach to developing Thailand’s own vaccine, is to seek technology transfer.

He said that Thailand cannot afford to wait until 60% of the Thai population has developed immunity naturally.

Millions of Thai Orchids are Being Thrown Out Due to Coronavirus