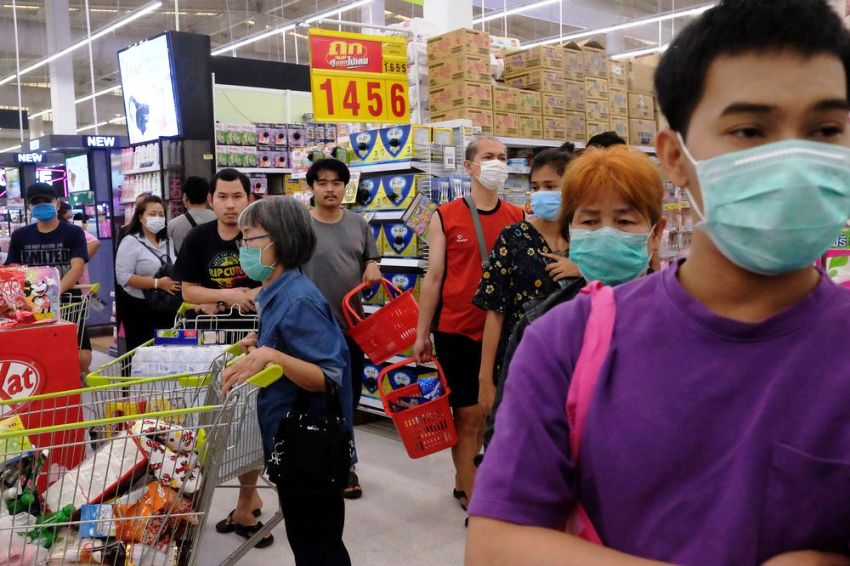 The Thai Government is preparing to restrict some aspects of daily life after the country’s biggest spike in coronavirus cases. Which economists fear will further damaging one of Asia’s weakest economic outlooks.

The steps to be considered include placing more curbs on foreign arrivals, cancelling events with big crowds and closing entertainment venues deemed risky for spreading the virus. Confirmed cases jumped by 32 on Sunday to 114. Sparking fears of a bigger stage 3 outbreak and some panic buying of groceries.

The Thai economy was already reeling from a collapse in the critical tourism sector. Above all from lock-downs worldwide to slow the transmission of the disease known as Covid-19. A drought and delayed public spending are also additional blows. Leaving Thailand with the highest odds of recession among Asian nations. — at 30% — after Japan, according to data compiled by Bloomberg.


“We may need a sudden stop of economic activity, like China, as it proved effective in tackling the spread,” said Somprawin Manprasert, chief economist at Bank of Ayudhya Plc, a Thai unit of Mitsubishi UFJ Financial Group. “With such disruption, the economy will likely contract this year.”
Stock Slump

Investors have taken fright, making the benchmark SET equity index emerging Asia’s worst performer with a drop of about 29% so far in 2020. The baht has tumbled almost 6% against the dollar over the same period, the second-largest decline in an Asian basket tracked by Bloomberg.

The Bank of Thailand’s scope to follow in the footsteps of the US Federal Reserve by slashing borrowing costs to near zero, from the current 1%, may be limited by rules making 0.5% an effective lower bound.
Contingency Plan

Sunday’s abrupt jump in virus cases raised the specter of widespread community transmission of the kind that sickened thousands of people in nations such as China, South Korea, Iran and Italy.

Gen Prayut said Sunday that officials are mulling contingency options in case infections climb, such as setting up a hospital specifically for Covid-19 patients. Operators of riskier entertainment venues like pubs and sports stadiums could be ordered to close, he said.


“Today, health is the most important issue,” he told reporters in Bangkok.

Tourism accounts for about a fifth of the economy, but the government estimates arrivals may drop 24% from last year, to 30 million people.

Citigroup has chopped its Thai growth forecast to 0.2% for this year from 2.2%, while Bangkok-based brokerage Phatra Securities Plc predicts a 0.4% contraction.

“There’s going to be a big trade off,” Bank of Ayudhya’s Somprawin said. “Economic losses, for the control of the epidemic.”