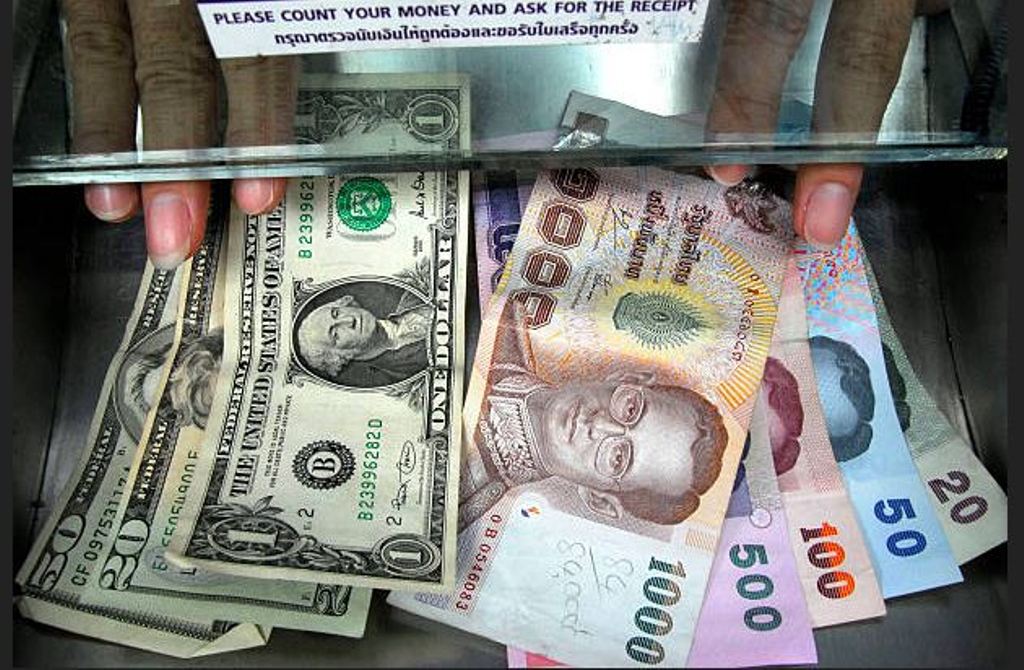 Thailand’s Thai baht currency fell to 31.68 baht to the US dollar during Forex trading yesterday, the lowest rate in 10 months. The baht is expected to remain weak in the short term as the US Federal Reserve is likely to raise its policy rate earlier than projected.

The baht’s depreciation is in line with regional currencies as investors expect the Fed to increase its policy rate faster than the earlier projection of 2022 or 2023.

Kobsidthi Silpachai, head of capital markets research at Kasikornbank (KBank), told the Bangkok Post that the Thai baht would continue weakening against the dollar, in line with the US economic recovery. Given this scenario, KBank revised its baht projection for this year from 29.75 baht to 30.50 baht against the dollar.

Even though Thailand’s vaccination drive is still lower than its goal of 400,000 doses per day, the rate has been rising.

The vaccination gap between developed nations led by the US and UK and emerging economies should narrow, said Mr Kobsidthi. Thereafter, the foreign exchange rate of emerging markets including the baht would gradually strengthen against the dollar, he said.

“The baht has been weakening for a while and the third wave is a factor. The dollar has been strengthening and the US economic recovery has been a factor as well,” said Mr Kobsidthi.

Jitipol Puksamatanan, investment strategist at UOB Asset Management, forecasts the local currency could decline to 32-32.20 baht against the dollar in the third quarter this year, mainly because of the stronger dollar based on the assumption of a faster than expected Fed policy rate hike.

However, the Thai baht is expected to gradually appreciate in the fourth quarter this year compared with the greenback, he said.

The forecast for a firmer baht would be supported by progress in Thailand’s vaccination efforts, the country’s reopening led by Phuket sandbox scheme, and an uptick in economic activities, said Mr Jitipol.