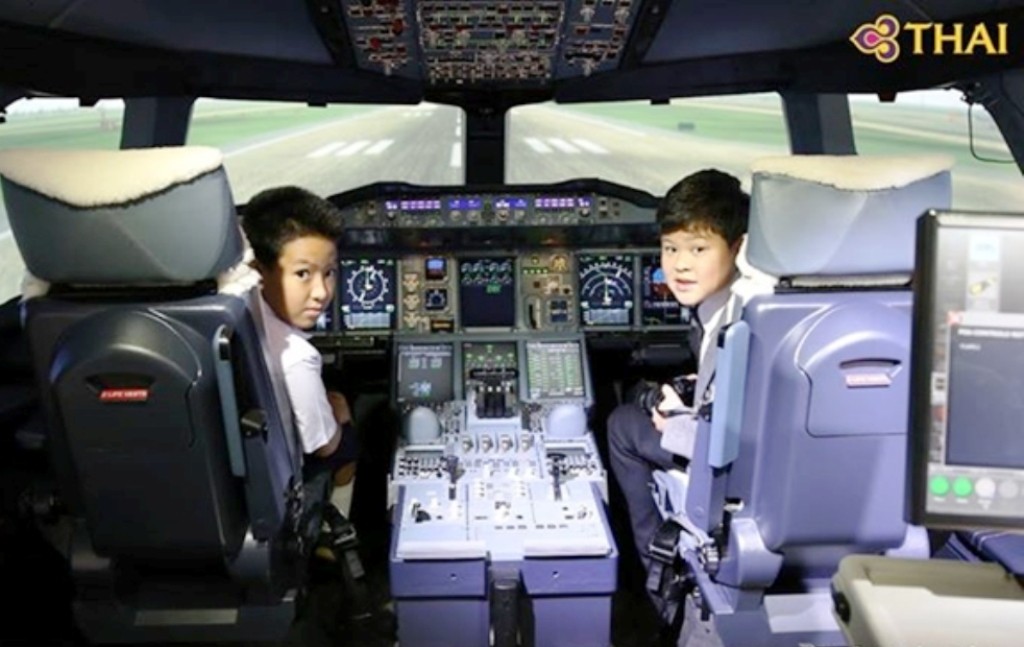 Thai Airways is offering a dream flight package in a flight simulator for those interested in enhancing their aviation experience. The struggling ariline said that in order to generate additional income for the company the airline has provided access to the public for its flight simulators.  Giving interested people and those who have dreams of flying the opportunity to fly via the flight simulators.

This facility is normally used for training Thai Airways pilots only, he added. Meanwhile, Thai Airways has opened a restaurant to keep their book afloat as their commercial flights remain grounded. The cafe is even outfitted with actual plane seats, mini airplane models, and even an airstair at the entrance that would (probably) make you miss boarding their iconic purple planes.

Penne pasta carbonara costs 129 baht, while a chicken tikka with a choice of naan bread or basmati rice is 145 baht.

The debt-ridden Thai Airways is currently under a business reorganizing process with the court after it declared bankruptcy in May. The airline also lost its precious status as a state enterprise.

A government panel investigating what went wrong at the Thai Airways last week announced they found massive mismanagement and corruption within the agency. Some employees were even allowed to take overtime pay at the improbable rate of 419 days a year , according to the committee’s findings.

Thailand’s Real Crisis is its Contracting Economy Not Covid-19