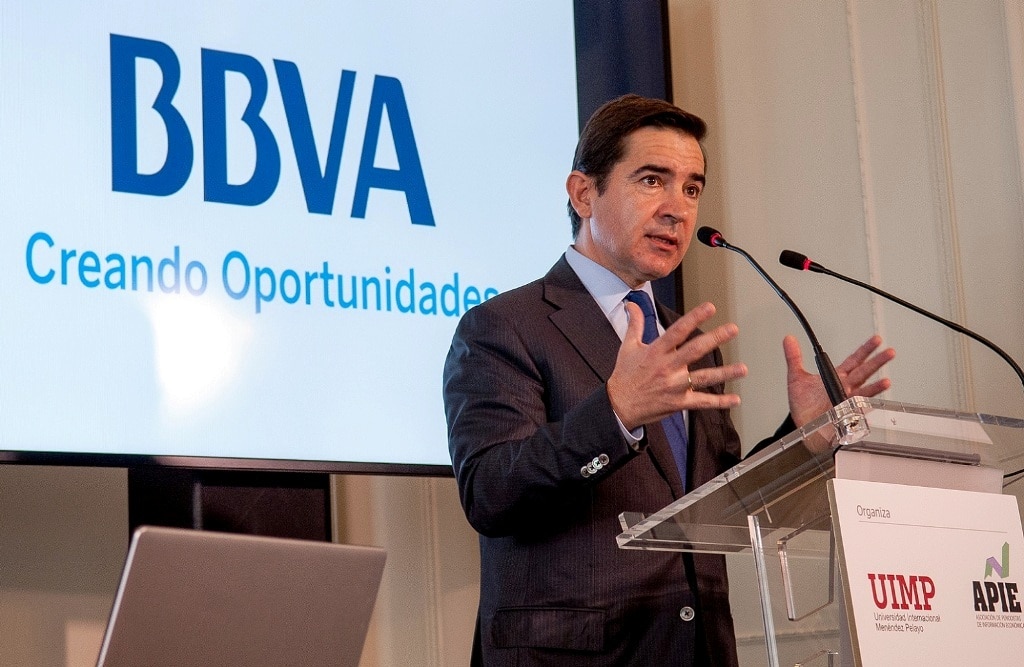 According to sources, Banco Bilbao Vizcaya Argentaria, popularly known as BBVA, is all set to embrace cryptocurrencies. BBVA is the second-largest bank in Spain and owns approximately $840 billion in assets. As per the sources, the bank will soon launch cryptocurrency services, which will mark its official entry into the crypto trading and custody space.

The recent surge in Bitcoin price has made everyone interested in the cryptocurrency. The digital banks and online service providers sniffed individual investors’ growing interest in cryptos and rolled out lucrative options and hassle-free platforms to trade cryptos. Some platforms have gone one step ahead and offer a plethora of services to traders along with their speedy automated platforms.

Platforms like the Bitcoin loophole cloud app provide its users with a technically solid and swift automated cryptocurrency trading platform and access to updated news, detailed analysis, and complete information to make smart decisions. The seamless service and convenience have made these online crypto trading platforms a massive hit among traders. This has left the traditional banks with only one option: Embrace the cryptos or lose customers. Hence traditional banks across the world have now become serious about cryptos.

BBVA to start crypto services from next month

It is believed that BBVA’s crypto services will kickstart from Switzerland. The main reason for choosing Switzerland is its relatively broad rules around digital assets laid out by the country’s Financial Market Supervisory Authority (FINMA).

According to a Bitcoin news portal, a source with knowledge of the plans has revealed that BBVA is “launching its Europe-wide crypto initiative from Switzerland.” The source explained that there are still some compliance obstacles, so the launch will not occur in December. However, the source expects BBVA to go live in the next month.

The source answered that it is a crypto offering when asked whether BBVA is creating its solution to handle tokenized securities. When contacted for their opinion, BBVA said it could not comment.

There are rumors in the crypto world that BBVA has integrated a custody solution for digital assets, called SILO. Interestingly, Russia’s Gazprombank has also used SILO, and they are already live with a crypto offering in Switzerland.

Another source who has knowledge of BBVA’s crypto services launch program feels BBVA will unveil the project around Christmas. They, too, pointed out that there are still regulatory issues to iron out. The source explained the journey and said that the project must go through several processes to get a green light and become a reality.

BBVA is entering the crypto services segment now, but it has already got its hands on the crypto innovation. In 2018, it became one of the first financial institutions to fuse public and private blockchains in a live transaction. But since then, the bank distanced itself from the crypto world. In 2020, it has a lot of catching to do as the market has evolved tremendously recently.

In 2018, BBVA chose the safety-first approach and used the cushion of testnet as banks in Europe were not allowed to hold ether, Ethereum’s native cryptocurrency.

Apart from BBVA, major banks around the world have officially declared their entry into cryptos. In Singapore, a massive hub of crypto innovation, banks have started to make their presence felt in the crypto world. In October 2020, DBS bank announced its plans to enter the digital asset space. On the other hand, sources have confirmed that Standard Chartered Bank will soon launch Crypto Trading for institutional investors.

Emergency Loans: What They Are & Where To Apply for Them

The Price of Bitcoin Hits a Record US$20,000 for the First Time