Relying on Tourism is Unacceptable for Thailand Tourism Industry
Advertisement 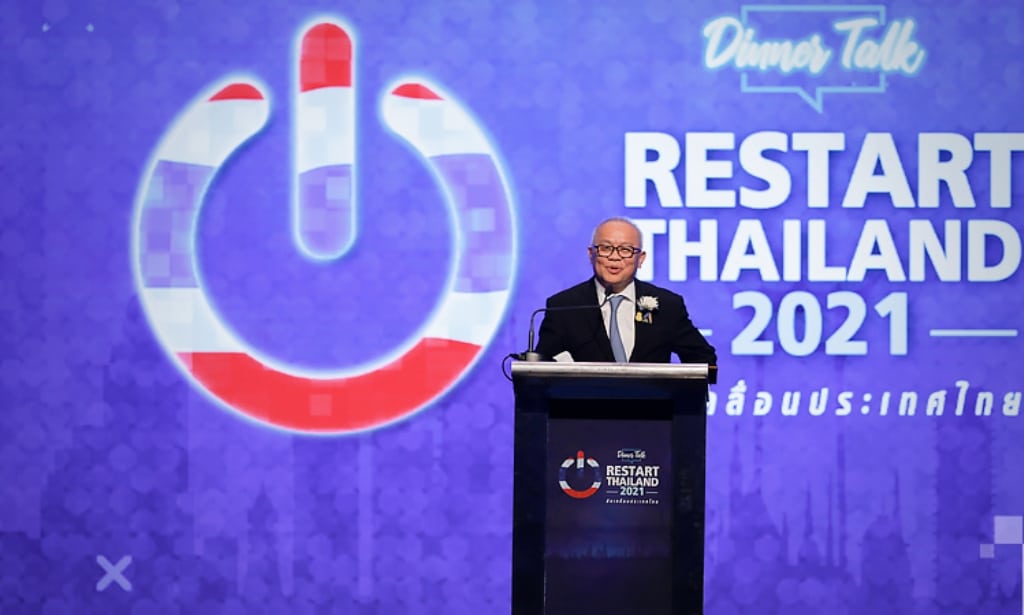 Amazing Thailand was the slogan for the Kingdom’s tourism industry for many years bringing in $56.2 billion in tourism revenue last year alone. The Thai smile, thai food became the trade for Thailand worldwide.

According to a Thai government Minister’s speech, it becomes clear that tourism will never be allowed to recover to previous levels. The writing is definitely on the wall, windows and front door, that there has been a major policy shift in government thinking by PM Prayut Chan-o-cha’s cabinet.

In a deeply worrying development for Thailand’s massive Travel & Tourism industry, which accounted for 20 percent of GNP and 10 percent of all jobs in Thailand, the deputy PM Supattanapong Punmeechaow said that the country relied too much on tourism and that this was unacceptable.


This must be as worrying for property developers as well as investors. If the 39 million tourists that Thailand received last year in 2019, is never to be repeated, why do we need to continue building and investing in new hotels?

According to the Nation newspaper, deputy PM Supattanapong Punmeechaow admitted that the Covid-19 outbreak had exposed cracks and faults in the Thai economy.

“The Covid-19 outbreak that hit Thailand since April has exposed the fragility of the economy and shed light on the fact that we rely too much on export and tourism,” the Minister said.

This is certainly a departure from what the Minister was saying back in August. The deputy PM, who also holds the Energy portfolio, announced then the formation of a new economic panel, and boasted that the new economic committee will boost tourism and employment. He said the panel agreed to increase subsidies for local tourists and create 1 million jobs in the near future to combat growing unemployment.

Supattanapong Punmeechaow the deputy PM is clearly worried about putting too many eggs in one basket and spreading the risk. However it maybe too early to start walking away from tourism when other industries are simple not ready to take up the slack.

Infrastructure improvements; legal reforms, changes in corporate ownership regulations and reduced bureaucracy are just a few of the changes the chambers of commerce have been asking for and must be in place BEFORE we start to cook the goose that lays gold bullion on the floor of the vault in the bank.

The deputy PM who was speaking last week at the “Restart Thailand 2021” dinner talk held at Siam Paragon shopping complex in Bangkok said,  “The outbreak has had an especially heavy impact on small and medium businesses, prompting the government to spend over Bt 800 billion on SME aid measures including postponing debt repayment worth over Bt 6.8 trillion for 12 million SMEs,” he said.


“However, from July onwards, economic indicators have been pointing toward an improving trend thanks to cooperation from all parties in outbreak prevention, despite some minor impact from the political situations.

Covid-19 battle far from over

“The tourism industry has shown improvement, with about 30 per cent occupation, jumping from just 6 per cent in April, thanks to the government’s economic stimulus campaigns such as the ‘Let’s Go Halves’ shopping subsidy,” he added.

“Through the Thai Credit Guarantee Corporation, the government is also planning to provide an additional Bt 150 billion in loans to help small and medium businesses.

“The battle against Covid-19 is not over yet. The government still has many projects in the coming year to boost the economy, attract foreign investors and build infrastructure for future expansion,” the minister added.

“These projects include the construction of 14 Skytrain lines in Bangkok covering 500 kilometres in the next four to five years, larger than London’s Underground, and the infrastructure projects in the Eastern Economic Corridor to support digital technology, 5G and robotics industry.

“It is unacceptable to let Thailand slide back to the period before Covid-19. Since the global economy is changing we must be more proactive in attracting foreign investors, and the agencies responsible for this are the Board of Investment Office and Eastern Economic Corridor Office,” Supattanapong said.

“The next step will be to put Thailand on the list of top 10 countries with ease of doing business, which is a goal proposed by five countries who are our major trade partners.”

2021 will be the year of investment

The deputy PM further explained that next year the government will focus on investing in new industries that will help reduce reliance on export and tourism. “Bangkok will be the centre of regional offices of multinational companies, while Thailand’s automotive industry will focus on the manufacturing of electric vehicles (EVs), ” he said.

“EVs will create other related industries such as smart equipment manufacturing and electricity generating from renewable energy. This will create a great opportunity for Thailand to further invest in community power plants, as well as biomass and solar power plants in Laos,” he concluded.