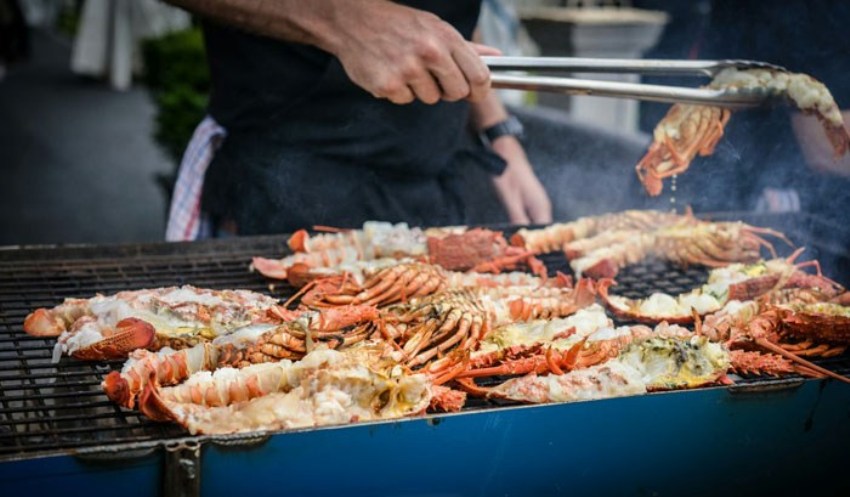 Phuket province is preparing three major tourism events to promote the province’s tourism industry and the local economy of the resort Island. The events are being planned by the government and local businesses, with the Minister of Commerce overseeing the campaign.

Deputy Prime Minister and Minister of Commerce, Jurin Laksanawisit has visited Phuket province to oversee the planning of the events organized by government agencies and the private sector, to promote local tourism activities.

The three events will start with the 5-week Phuket Seafood & Gastronomy Festival in August and September, followed by a surf competition in September, and concluding with the traditional Vegetarian Festival in October. These events are expected to help persuade tourists to return, and promote a lively tourism scene in the Andaman Sea island province.

The Minister of Commerce mentioned in regard to requests made by businesses affected by the COVID-19 crisis, that the government is already offering financial aid to affected businesses, such as the Soft Loan offers by the Ministry of Finance and the Bank of Thailand, which cover SMEs in the manufacturing sector, services, as well as tourism-related businesses.

He said however input from the private sector will be collated and discussed at both the Center for COVID-19 Situation Administration’s (CCSA) meeting, and an upcoming Cabinet meeting, in order to provide additional help.

Covid-19 a wake-up call for Phuket

Meanwhile, Phuket has been forced to take on board a difficult lesson: that it shouldn’t have clung to tourism as its single, dominant cash cow.

The country may have managed to flatten the Covid-19 curve, but the economic curve risks going into free-fall.

Tourism has been one of the hardest-hit sectors and Phuket businesses. Which rely almost exclusively on foreign arrivals, dread to estimate when the current economic crisis, one of the worst in recent memory, will bottom out.

Phuket may have been the victim of its own success. Firmly positioned as a world-class destination, the island province has earned substantial revenue from foreign visitors, many of them with deep pockets.

So when a destructive disease like Covid-19 forced border closures and ground flights to a halt, Phuket’s income slowed to a trickle and the local economy risks total meltdown.

The sheer scale of economic damage to Phuket caused by the pandemic has revealed a systemic void in the province’s preparedness to effectively counter or mitigate a sudden nosedive in the industry.

He said a whopping 80% of the province’s economy relies on tourism. The damage so far to the province’s tourism sector brought about by the outbreak is estimated at 160 billion baht.

The figures present real cause for concern. Tourists visiting Phuket this year are forecast to shrink to five million, substantially down from last year’s figure of 14.4 million. Of those five million tourists, 1.5 million will be Thais.