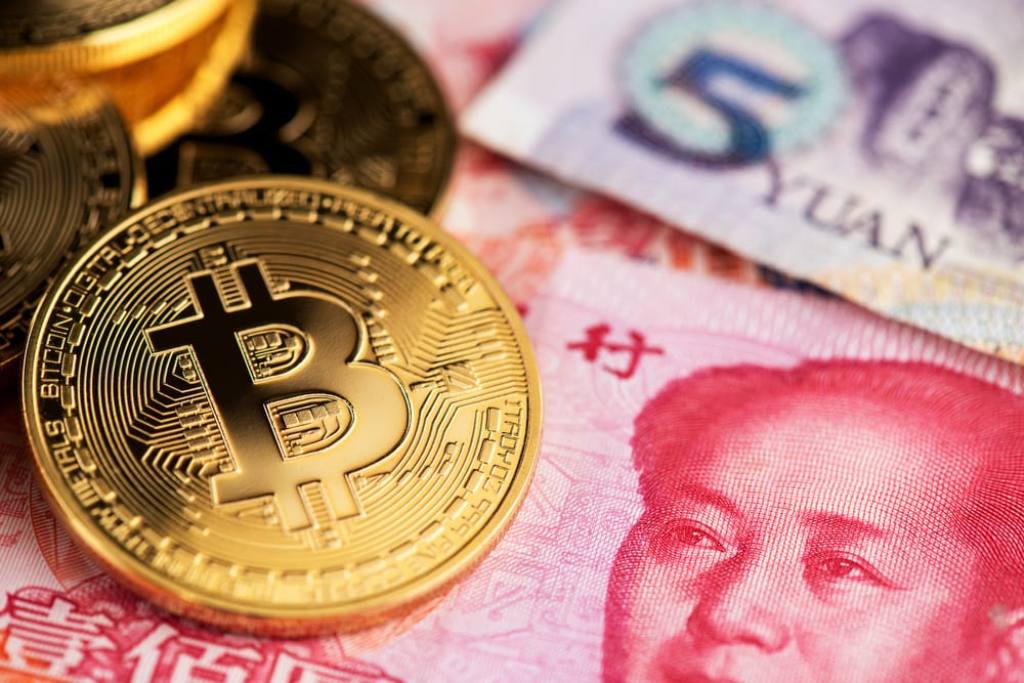 Bitcoin tumbled as much as 30 per cent to a low of $30,101, before clawing back its losses to less than 8 per cent to just under $40,000.00 Wednesday. Bitcoins plunge came after China announced cryptocurrencies would not be allowed in transactions and warned investors against trading in them.

Other digital coins were also hit by heavy selling, with ethereum, one of the best-performing cryptocurrencies in the past month, losing a quarter of its value before moderating to about a losses around 16 per cent. More than $8.6bn of positions have been liquidated over the past 24 hours, according to data from bybt.com, a cryptocurrency data provider.

The sharp moves came after the People’s Bank of China warned financial institutions about accepting cryptocurrencies as payment or offering related services and products, amplifying investor concerns that regulators could tighten oversight of the freewheeling asset class.

In a tweet on Wednesday, Musk indicated that Tesla was holding bitcoin for the long term and would not be selling its position.

Cathie Wood, founder of Ark Invest, a fund manager that has invested heavily in cryptocurrency-related companies, also reiterated her support for bitcoin. “We go through soul-searching times like this and scrape the models and, yes, our conviction is just as high,” she told Bloomberg.

Market conditions were highly volatile, with bitcoin’s price swinging in often wide ranges. Binance and Coinbase, two of the best-known cryptocurrency exchanges, both experienced technical problems with their exchanges as users tried to sell their holdings.

Other cryptocurrencies also tumbled, including the “joke” dogecoin, which fell by as much as 40 per cent. 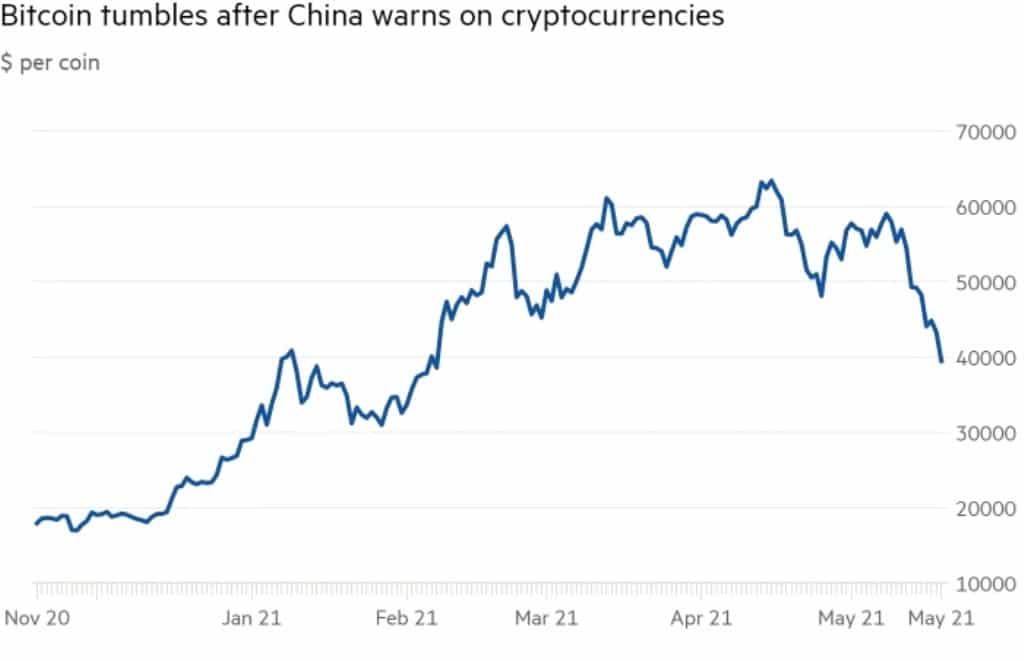 US securities reliant on cryptocurrency trading and prices also slumped in early trading, before recovering. Coinbase shares dropped as much as 12 per cent to a record low and MicroStrategy, the software company turned bitcoin investor, fell 15 per cent.

Virtual currency “is not a real currency” and “should not and cannot be used as currency in the market”, the PBoC said in a statement late on Tuesday. It referred to a recent surge in prices as “speculation”.

The development reflected China’s campaign to limit institutional activity in cryptocurrencies as it prepares to launch its own digital currency. Other markets such as the US have remained comparatively open to institutional involvement.

“Part of it is they have their own digital renminbi, part is the lack of control in terms of cash outflows and part of it is trying to make sure people don’t get scammed,” said Paul Haswell, a partner at law firm Pinsent Masons in Hong Kong, of China’s crackdown.

China’s pressure on cryptocurrencies gained momentum in 2017 when it closed the country’s bitcoin exchanges, which had previously accounted for the majority of global trading.

The government’s plans for a digital renminbi, which would provide the central bank with a record of all currency transactions in real time, could create a rival cashless payment mechanism to compete with vast online fintech platforms from Ant Group and Tencent.

In the US, regulators have made it easier for retail investors to buy cryptocurrencies and permitted the listing of crypto exchanges on public markets.

Thailand to Raise $6.4M with Sale of Blockchain-Based Bonds