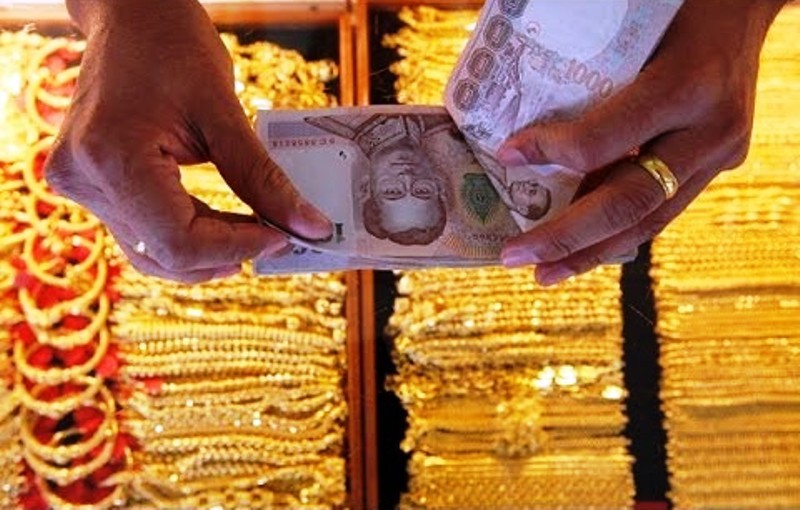 The price of gold has reached its highest level in six years due to the conflict between Iran and the United States.

The global price could reach US$1,600 an ounce this week if the conflict between Iran and the US continued, she said. She also mentioned the speculation that China would postpone signing its trade deal with the US from Jan 15 and the upcoming Lunar New Year as additional factors to raise the gold price.

“The gold price rose very fast from US$1,550 per ounce on Friday to US$1,588 this morning… Analysts revised their gold price target for this year to US$1,740 per ounce in case that the Iran-US conflict escalates,” Miss Tipa said.

If the situation was relieved, investors should be prepared for fast profit-taking, she told TNA.

Jitti Tangsitthpakdi, president of the Gold Traders Association, said investors were monitoring the Iran-US situation closely for fearing that it can grow to the third World War.

“The tension will continue and raise the gold price. The resistance is at US$1,600 an ounce,” he said.

Meanwhile, Police are hunting for a robber who made off with 2 million baht in gold from a shop in Buri Ram,Thailand. Pol Col Torsak Sriserm, led investigators and forensic officers to inspect the gold shop inside a department store.

The Gold thief forced open the door to a room where the safe containing gold was kept. The thief also used a saw to cut the locks on the door to access the safe.

Police believed the gold robbery might have been an inside job. Because only a few people at the gold shop knew the code to the safe.

Government Presses on with Latex Pillow Give Away Scheme