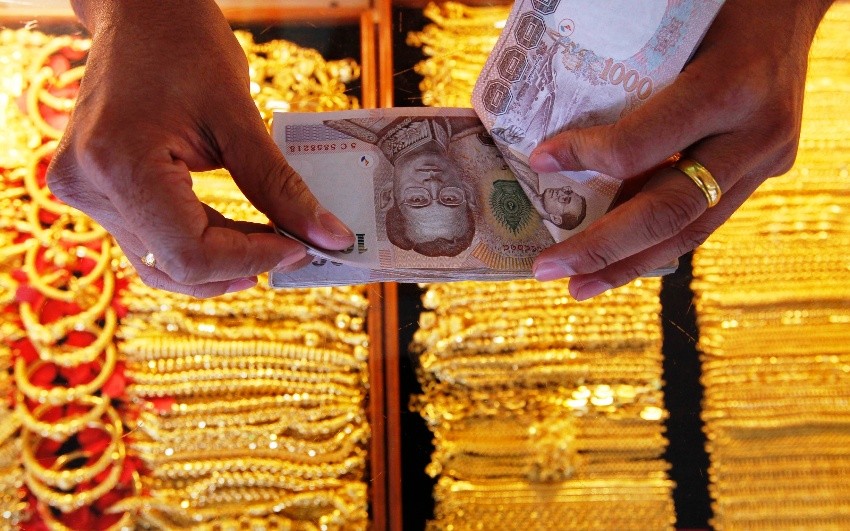 Gold saw a huge sell-off on Friday after investors moved to the rising US dollar, which hit a four-month high on Thursday, weighing on alternative assets to the dollar such as gold and cryptocurrencies. Analysts advise investors to accumulate bullion and take a short position in gold futures to hedge against downside risk.

Tanarat Pasawongse, chief executive at Hua Seng Heng Group, said the US dollar continued to rally, boosted by optimism about vaccine rollouts that are expected to help lift the world economy out of recession.

Last Thursday, the US announced the number of weekly jobless claims at 684,000, the lowest level since the outbreak began in mid-March 2020. The US GDP in the fourth quarter of 2020 also recorded growth of 4.3%, above the 4.1% reported for the same period in 2019.

“The spot gold price moved in a sideways-down trend caused by a negative factor from the US dollar. However, in the medium term gold prices can rebound as we believe the US government’s money injection will eventually put pressure on inflation,” said Mr Tanarat.

He said gold prices are still supported by the re-emergence of the pandemic in Asia and Europe, hampering the prospects for a swift economic recovery.

The dollar appreciation could be a temporary phenomenon, said Mr Tanarat, as the US market still needs to keep an eye on the unemployment rate and the level of public debt, which could later erase gains in the dollar and drive gold to rise.

The profits from short-selling gold futures can compensate for losses in accounting without selling gold bars. He said gold prices could rebound in the second half of the year thanks to the rise in the inflation rate.

The dollar appreciation also put weight on bitcoin and drove its market cap to fall below $1 trillion with the 24-hour low at $50,624 apiece, according to data from CoinMarketCap as of 4pm, March 26.

Saharat Chudsuwan, head of marketing and wealth advisory at Tisco Asset Management, said a stronger US dollar will drive alternative assets to the dollar such as gold and cryptocurrencies to drop.

However, it would not have much impact on equity assets because economic fundamentals are still improving, he said. “Some sectors may be volatile, but I think it is an opportunity to rotate to other interactive sectors such as healthcare and tech,” said Mr Saharat.

The oil price rose to around $60 last week as global demand for oil rose following the prospect of a global recovery and a short-term factor caused by a blockage to the Suez Canal.