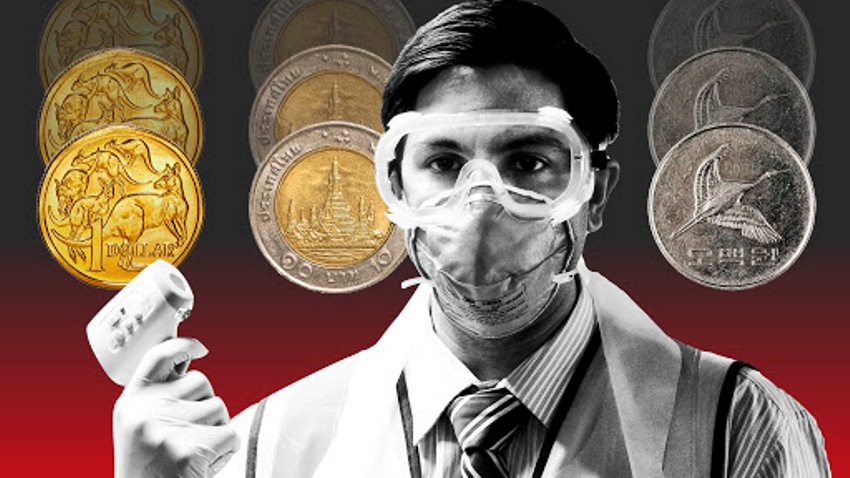 The recent Coronavirus outbreak has affected many industries outside of healthcare and has shut China and the entire region of Asia-Pacific from the rest of the world. Due to the fact that the virus is an international health hazard, all traveling has been suspended, in an effort to keep the virus as contained as possible. Despite these efforts, however, there have been multiple reported coronavirus cases outside of China, where the virus initially started to spread.

The Coronavirus has virtually affected all the businesses in the region, with establishments struggling to continue their work, not just because of the health hazards, but simply because the day-to-day life has now completely changed, and people are cautious about going outside.

The quarantine and the general panic, that follows such outbreaks, has affected the entire region, slowing down the economy, affecting the currency in a negative way, and even shutting down entire venues and entertainment units, as the government is demanding as much isolation as possible, in order to prevent the virus from spreading across the country with higher intensity.

Naturally, the first industry to take the hit in the region was tourism. The international travel has been stressful, with security officers checking everyone’s temperature upon entering through the incoming flights from China, and the Asia-Pacific region as a whole has been suspended. China has also prohibited any foreigners from entering the country, but some of the international cases still popped up a number of weeks after the initial news about the virus outbreak became public.

Tourism plays an important role in the economy of the region, especially in countries like China, Thailand, and Australia, all of which now have recorded cases of coronavirus. Flights have been suspended in most of the countries in the region, while the government is encouraging people to stay at home, avoid public gatherings and follow strict sanitary guidelines.

Safe to say that the tourism industry will not be recovering from this hit any time soon. Thailand, a country that depends heavily on tourism, is facing a substantial decline in the number of visitors, posing a threat to the country’s economy. Even countries that do not have confirmed cases of coronavirus, like Indonesia, are facing economic challenges due to public panic and international concerns.

But since 99% of the reported cases are concentrated in China, the country has been hit the hardest due to the outbreak. The country has had to ban a lot of its trade to prevent the virus from spreading. This left neighboring countries, which usually depend on Chinese exports, wondering where to get the much-needed goods from.

Macau, China’s gambling capital, has been completely empty for the last couple of weeks. Since the city is a massive tourist hotspot and the entertainment capital of the country, the whole city has been deserted, with all the casinos closed down, nobody in the streets and no way to get in or out. The safety measures have been extremely tight in places like these, where close social interactions are frequent and people often don’t have personal space whilst in public.

In Australia, where the Crown casino dominates the industry, and where people go to play real pokies and experience one of the largest selections of slot machines, the gambling venue is expected to have a tough quarter, due to such public places now being considered as hazardous.

With so many factories closing down, the supply chain is facing a lot of risks. The worldwide trade could face some serious disruptions if the virus isn’t contained soon enough, and for the damage to stay within the limits of salvageable. While largely a negative trend, as China is one of the biggest oil consumers, and the demand for oil is under risk, we could see a drop in oil prices.

The currencies have also been going through a lot of challenges, with the majority of the businesses being closed down. For the time being, the tourism industry is virtually non-existent and the concerns about the future of the virus have affected the region in a negative way. While the Chinese Yuan initially saw a substantial drop, over the course of the last two weeks, the

Chinese market managed to stabilize itself, and even showed some gains towards the second week of February. The Australian dollar is following a similar trend, which has created a whole new level of concern in the Asia-Pacific region, with everyone fearing the economic consequences of the coronavirus outbreak. The concerns of the fx market about the future of the virus, and whether or not it will spread throughout the region, are valid and have taken a heavy toll on a lot of local currencies.