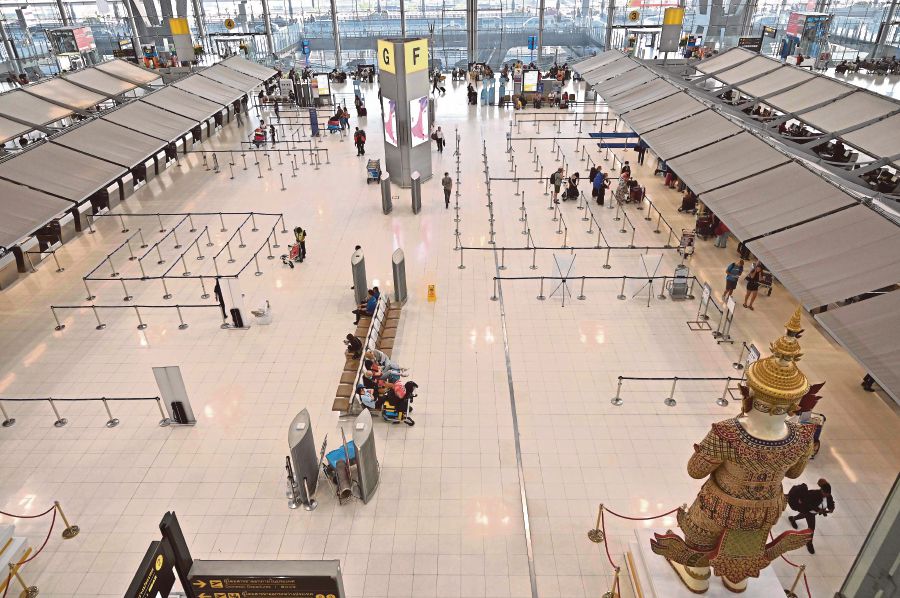 Dr. Pailin said that despite the lockdown having been gradually eased six times, the country’s output would not improve unless the country reopens, albeit with precautionary measures.

This year’s annual GDP is predicted to fall to minus 8-10%, equating to the country losing 1.5-1.7 trillion baht in a single year, Mr Pailin warned.

He said that although the government had spent some time preparing to reopen the country to foreign tourists under the Special Tourist Visa (STV) scheme, Thailand is effectively closed.

If Thailand could not find a way to reopen its borders for the upcoming high season in the fourth and final quarter of this year, the STV scheme may have to be scrapped, he told the Bangkok Post.

“If the country does not reopen, it will be hard for GDP to grow because the country’s economy depends mainly on the tourism industry and exports.”

He went on to say that the Centre for Covid-19 Situation Administration (CCSA) had done well in controlling the spread of the Covid-19 pandemic but maintaining zero cases of local transmissions by keeping the country closed had come at the expense of the economy.

The fourth-quarter season was vital and airlines needed to make their flight schedules in advance, Mr Pailin said.

If no steps were taken soon to reopen Thailand during the peak season, there would be no time to schedule incoming flights and if it reopened any time after that, it would be too late.

For example, they not only needed to show they had tested negative for Covid-19, but the test also needed to be taken 72 hours prior to travel. They must also have a medically trained escort with them, though it is unclear where they will find such people.

Those foreigners also had to undergo another test upon arrival and yet more while in quarantine, he said. Mr Pailin added that the 72-hour requirement also made it impossible to travel on Monday because of Saturdays and Sundays were non-working days.

The Tourism and Sports Ministry previously vowed to bring in 1,200 long-stay travellers this month despite a delay in enabling the first batch of tourists under the STV scheme.

Tourism and Sports Minister Phiphat Ratchakitprakarn earlier said the first two STV groups from China had been pencilled in for this Thursday but as the ministry still needed to settle some entry processes, those itineraries had to be rescheduled until later this month.

After the cabinet approved the Special tourist Visa STV on Sept 15, the scheme was endorsed upon announcement in the Royal Gazette on Sept 29.

But since the STV is a new type of visa, the authorities have required more time to ensure the process runs smoothly at travellers’ departure locations.

Mr Phiphat insisted the delay would not upset the plan, under which Thailand is set to welcome at least 1,200 tourists, and that the ministry would monitor the scheme for 30 days before deciding when to proceed with the next step: reducing the quarantine period to seven days.

Government spokesman Anucha Burapachaisri said on Monday that after the STV scheme is approved for long-stay tourists, the next step will be for the government to allow in foreign businessmen interested in investing in Thailand as they have the potential to spur the country’s economic growth.

Mr Anucha said state agencies would propose measures to a meeting of a panel easing Covid-19 restrictions headed by the secretary-general of the National Security Council.

Mr Anucha added that so far the CCSA had allowed in about 11,000 foreign businessmen and those with work permits and they had been willing to stay at alternative state quarantine facilities for 14 days.

Thailand on Monday recorded five new Covid-19 case, one of them a Thai national. The new cases recently arrived in the kingdom from India, Bahrain, Malaysia and Japan.