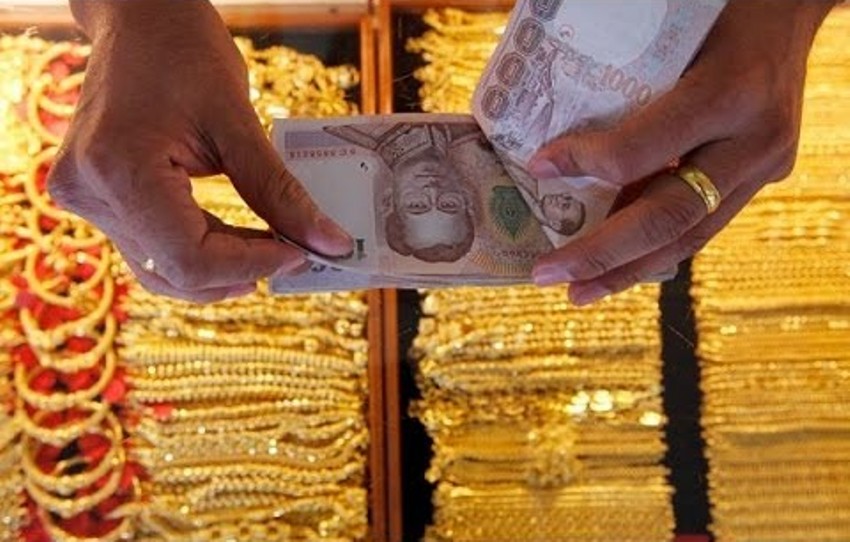 Gold prices rallied to almost an eight-year high on Monday, breaching US$1,760 per ounce. Following the US Federal Reserve chairman’s pessimistic views on the US economic recovery.

Crowds thronged Yaowarat Road on Monday to sell their holdings, with few looking to purchase the precious metal. The selling spree has been going on since Friday.

Remarks by Fed chairman Jerome Powell that the US economy was unlikely to recover until next year have caused investors to seek refuge in the safe-haven asset, said Tanarat Pasawongse, chief executive of Hua Seng Heng Group of Companies.

“The markets are still worried that it will take longer for the economy to recover and the second wave of Covid-19 outbreak cannot be ruled out,” Mr Tanarat told the Bangkok Post.

“We are perhaps seeing the beginnings of the long-awaited inflation hedge occurring, as opposed to the safe-haven trade,” said Jeffrey Halley, senior market analyst of Asia Pacific at Oanda Corporation.

The amount of monetary policy easing, conventional and unconventional, cannot be ignored and unlike the global financial crisis 2008, in a post-Covid-19 nationalised supply chain world, has the potential to generate inflation that has been missing in action for the past 20 years.”

Thailand’s gold shops are running out of cash because so many people want to sell ornaments, jewelry and bars amid an economic slowdown. “I’m asking people to sell gradually, not in large amounts, as shops may face a cash crunch,” Prime Minister Prayuth Chan-Ocha said .

The yellow metal remains a popular way for Thais to save money, but a surge in global gold prices to near the highest level in seven years has tempted many to sell. People are trying to raise money after the corona virus-induced slowdown led to major job losses and wage cuts.