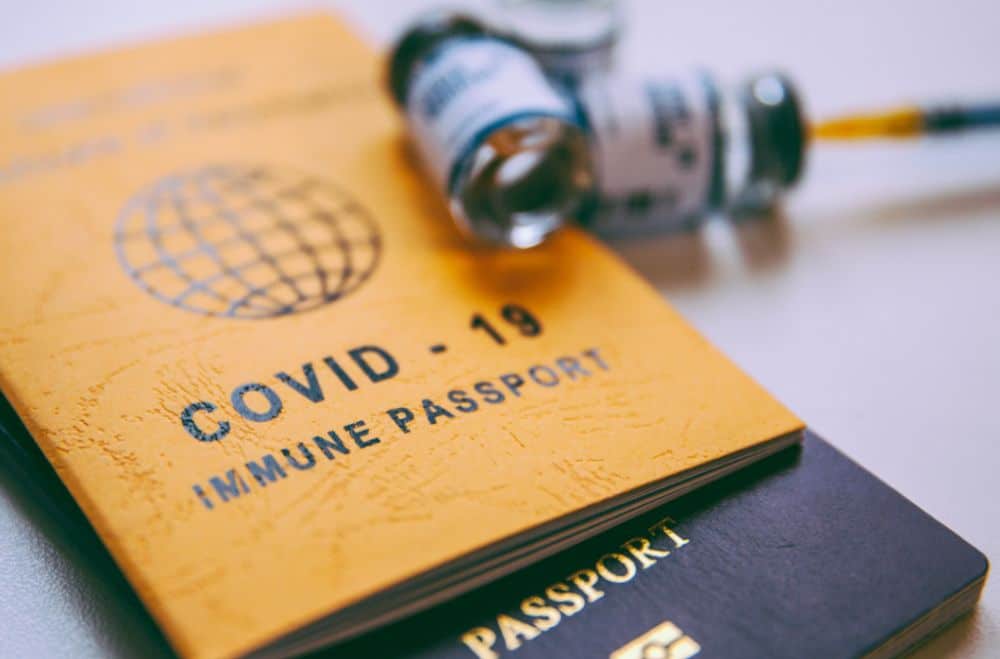 Economic titans in Thailand have urged the government to speed up its decision on adopting a Covid-19 vaccine passport scheme to restart the badly damaged tourism industry. The Joint Standing Committee on Commerce, Industry and Banking (JSCCIB) calls come despite uncertainty over the effectiveness a vaccine passport scheme.

The group of titans also want the government to consider creating travel bubble agreements with countries that have low or moderate levels of Covid-19 infections.

Thailand should consider implementing its own vaccine passport scheme, said Kalin Sarasin, a JSCCIB member and chairman of the Thai Chamber of Commerce.

“JSCCIB is confident a vaccine passport would boost economic sentiment,” he said. “Many countries have already started mass vaccination regimes for their people.”

The scheme offers certification that a “vaccine passport” holder has been inoculated against Covid-19 with a registered vaccine. The premier admitted no conclusion has been reached that guarantees a vaccine passport system would be effective when implemented at the international level.

Critics, especially some physicians and rights groups, question the efficacy of the vaccines and whether they will be able to protect people against Covid-19.

JSCCIB wants the government to issue a clear message, stressing a vaccine passport would be another tool to help restore the tourism sector that has been battered by lockdown measures to contain the virus.

With ongoing vaccine distribution in Thailand, the group is optimistic about better economic prospects. Healthcare workers and vulnerable people in 13 provinces are among the people receiving the vaccine.

“JSCCIB believes the economy is recovering,” said Supant Mongkolsuthree, a JSCCIB member and chairman of the Federation of Thai Industries. “The vaccine will gradually build up confidence among business people.”

The government should also allow private companies to buy and distribute vaccines to their workers to speed up the process, said Mr Kalin with the Thai chamber.

The JSCCIB maintained its economic outlook on Wednesday, with GDP growing 1.5-3.5% and exports expanding by 3.0-5.0% this year.