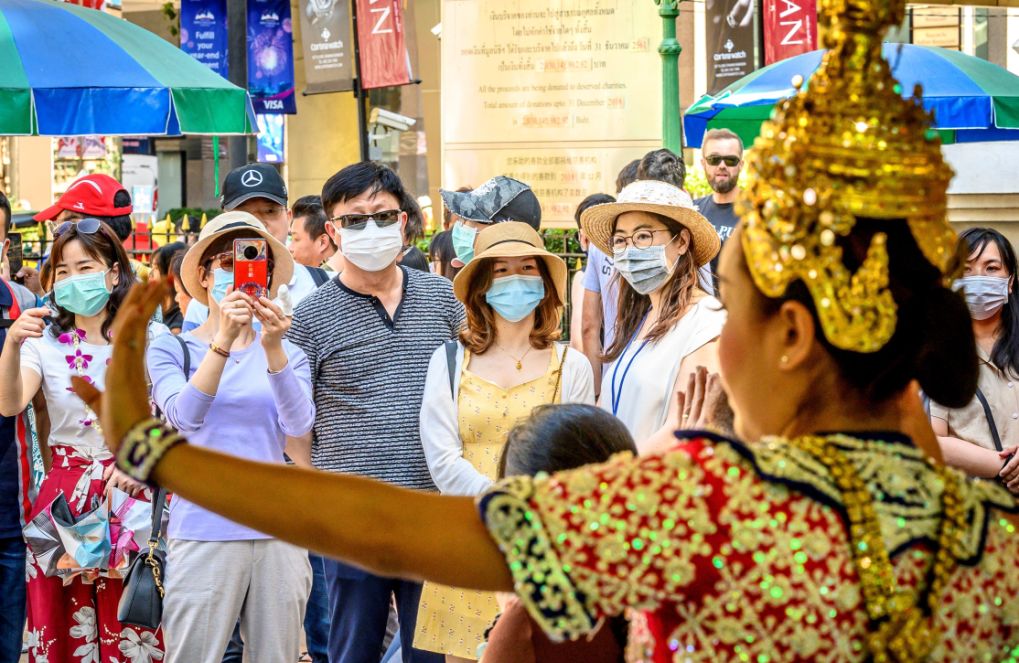 Despite Thailand’s confirmation of 32 cases of the new coronavirus the government has not restricted Chinese tourists from entering the kingdom. Nor has it dropped its visa-on-arrival fee waiver implemented to mainly attract Chinese.

As of Sunday, Thailand had reported a total of 32 confirmed cases, among the most outside China.

Thailand has kept its doors open to Chinese visitor unlike concerned nations around the world. Singapore has banned entry to all Chinese passport holders. Also foreigners with a recent history of travel to China. While the U.S.has decided to halt entry to the country of foreign nationals coming from China. Any person coming from China within a 14-day incubation period will be denied entry.

While Japan and South Korea have only blocked visitors from Hubei Province, the epicenter of the outbreak.

“We are 100% in control of the situation,” Thailand’s Prime Minister Prayuth Chan-ocha has been repeatedly said to the public since the outbreak. Thailand’s economy’s high dependency on Chinese tourists. This is the main reason to leave the door wide open to Chinese visitors. Some 10.99 million Chinese tourists visited Thailand in 2019 accounting for almost 20% of the countries GDP. More than 25% of total inbound arrivals to Thailand are Chinese, and their spending is crucial for the Thai economy.

Hotels are now cutting back on staff in response to weaker demand from Chinese guests. Especially on Ratchadaphisek Road in Bangkok and the resort town of Pattaya.

The two areas were usually packed with Chinese travellers during the high season. Ratchadaphisek Road has hotels and condos that mainly target tourists from the mainland. Chinese tour groups usually account for 80% of total guests for these hotels, the Bangkok Post reports.

In the past few weeks, the roadside has been quieter than usual as tour buses dwindled, said Sarun Limsawaddiwong, managing director of S Group. He said two hotels under the company — S Ratchada and S Ram Leisure in the Ramkhamhaeng area, have seen average occupancy drop to 20% this month.

With cancellations ongoing, Mr Sarun asked 200 workers at the two hotels to relocate to four other hotels. The group also encouraged staff to take annual leave while waiting for the Chinese market to return.

Hotels in Pattaya City are also trying to cut labour costs because the lack of Chinese guests. Chinese have accounted for 50% of total international tourists in Pattaya. The coronavirus has taken a huge toll of hotels.

Hoteliers have also cut other costs such as food and drink, utilities and staff-related expenses. Such as training or overtime payments to tighten their belts.

Despite the decline in the Chinese market, which accounts for 30% of tourists in Chiang Mai, hotels in the area are still getting bookings from independent tourists. Above all from Beijing, Hong Kong and other international markets.

Hopefully there will be no layoffs for Chiang Mai hotels during the first quarter this year. This period is considered the high season. Hoteliers are monitoring expenses closely and pray the slowdown doesn’t drag into the second quarter.