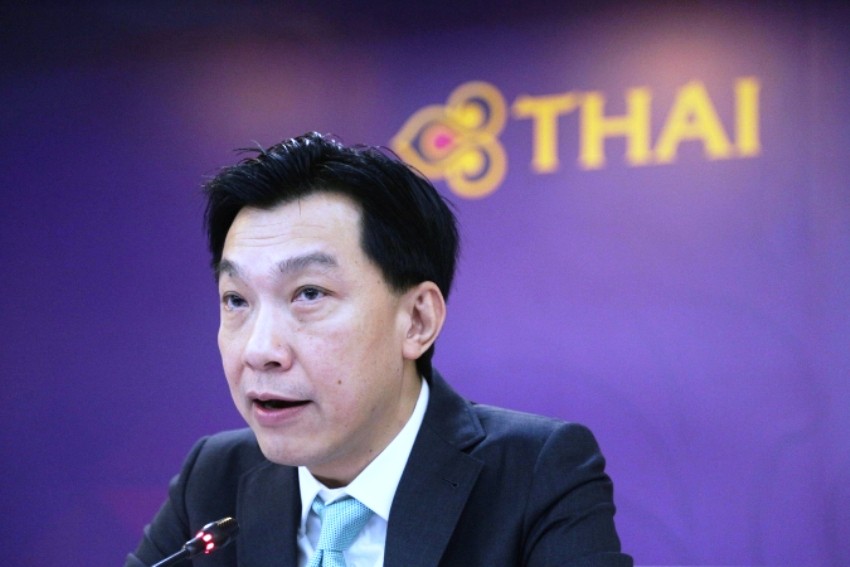 The president of Thai Airways International has tendered his resignation after his plans to rehabilitate the debt-ridden carrier were rejected by Thai Airways board.

Transport Minister Saksayam Chidchob said on Thursday he had been informed by the THAI board that Mr. Sumet Damrongchaitham had tendered his resignation.

The Thai Airways board meeting on Thursday had not rejected Mr Sumet’s resignation, which was effective from April 11th, the Bangkok Post reports.

During the next month an acting president would have to be appointed as there were urgent tasks awaiting — the rehabilitation of the airline and measures to handle the spread of the coronavirus outbreak, said Mr Saksayam.

He had instructed the management to put on hold its plan to purchase new aircraft, as the outbreak of Covid-19 had caused a drop in business.

A source said Mr Sumet resigned after his proposals to solve problems affecting the airline caused by the spread of the novel coronavirus were not supported by the ministry. His proposal was sent back for revision.

His efforts to rehabilitate the debt-ridden airline had also not been backed by the board, the Bangkok Post reported.

Thai Airways has been in a deep financial crisis and may have to seek national debt relief. The Transport Ministry said that THAI’s debt crisis was very serious. Which puts the carrier in need of a debt consolidation loan. With its combined total debt amounting to about 245 billion baht. A debt to equity ratio of 14.55 and debt service coverage ratio reducing to 0.62.

Also, if THAI is allowed to buy a new fleet of planes, worth an estimated 156 billion baht, it would become the world’s most indebted airline.

In October the company’s executives, cut their meeting allowances and remuneration voluntarily to show spirit in helping the organization get through its debt crisis.