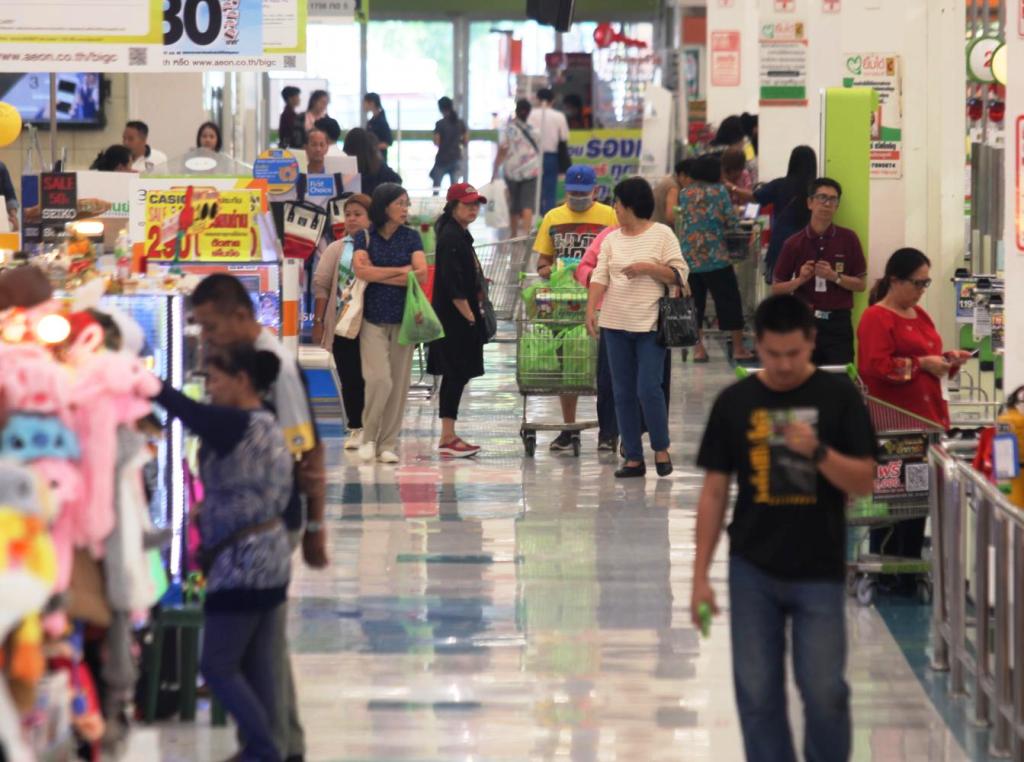 Consumer confidence in Thailand’s government slid to its lowest level since May 2016,this December. Especially as people struggled over economic slowdowns, mounting political instability and global uncertainty.

The University of the Thai Chamber of Commerce (UTCC) reports that the consumer confidence index fell to 68.3 in December from 69.1 in November and 70.7 in October.

Thanavath Phonvichai, president of the UTCC, said political instability; the economic slowdown; the continuing strength of the baht; fragile purchasing power and the weak global economy weighed in overall.

Furthermore, the low price of rice, rubber and tapioca also sapped confidence, with drought fears and the US-Iran conflict adding to concerns in Thailand.

Drought this year is estimated to drag economic growth by 0.03%, or 8-10 billion baht in Thailand. Mainly in the agricultural sector, especially for second rice crops. Especially because 3 million rai of rice farmland or about 1.5 million tonnes of paddy is expected to be affected.

The government of Thailand forecasts paddy production for the second crop to fall by more than 50% in the 2019-20 season. Dropping to 3.5 million tons, from 7.75 million the previous season. Consequently due to the drought and inadequate water supply from dams in China.

Production from the main crop is forecast at 24 million tons of paddy, down 4-12.5% from 25-27 million tons the previous season, the Bangkok Post report.

Mr Thanavath said the industrial sector is likely to see an insignificant impact from the drought. Especially now that several industrial estates notably in the East have already prepared preventive measures.

According to Mr Thanavath, tensions in the Middle East still exist despite moves towards a de-escalation.

We still need to closely watch the situation, particularly for the impact on oil prices. Saying oil prices affect the cost of living for most people in Thailand. Every one baht rise per liter in oil prices is estimated to add expenses of about 2,100 baht per month to consumers.

Thailand Could Be Facing a Gloomy Outlook in 2020

Thailand Struggling to Stay Off US Watchlist of Currency Manipulators