Bank of Thailand Governor to Step Down as Economy Struggles
Advertisement 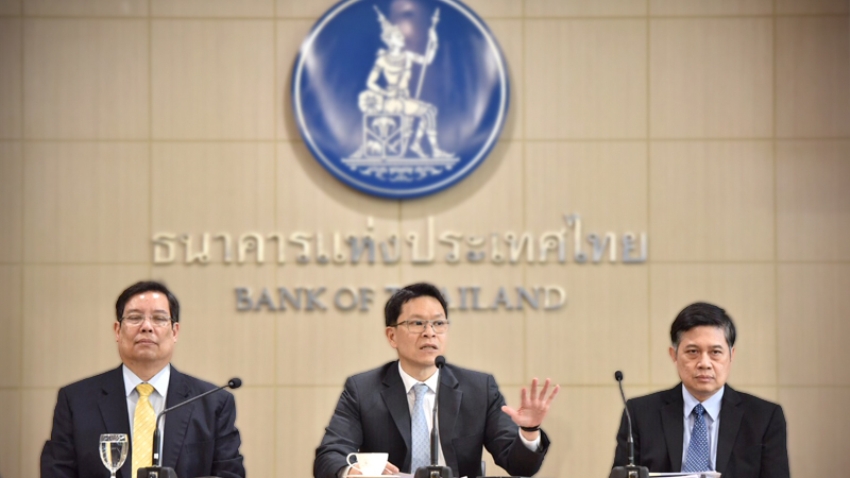 Bank of Thailand Governor Veerathai Santiprabhob has announced he had decided against seeking a second 5 year term.  Mr Veerathai won’t apply for another five years as head of the monetary authority for “family reasons.”

Assistant Governor Chantavarn Sucharitakul said his decision in a statement on Monday. She said Mr Veerathai will ensure a smooth transition. The Governor’s term is due to expire at the end of September.

Last week, selection committee head Rangsan Sriworasart said the application period for the next chief at the BoT will run for 15 business days. From May 26 to June 16, and the shortlist of candidates will be concluded by July 2.

The committee will meet on June 18 to compile the list of applicants. Who will each present their vision for the central bank late in June.

The candidates will not be announced until the selection process is finished, Mr Rangsan said. If there were only one or no candidates, the application period would be extended.

With the bleak economic outlook stemming from the covid-19 pandemic. The next Bank of Thailand governor will face a challenging task, he added.

The Governors departure comes as Thailand sees its economy contracting as much as 6% this year. Thailand’s economy is among the worst in Asia as covid-19 shuttered commerce.

Gross domestic product is forecast to shrink 5%-6% in 2020, the National Economic and Social Development Council said Monday. The estimate is “based on a limited outbreak in the second quarter,” the council’s secretary general, Thosaporn Sirisumphand, told journalists, adding that “the situation is still hard to predict.”

The new economy projection follows data showing GDP shrank 1.8% in the first quarter from a year ago. The first contraction since 2014. That was lower than the median estimate for a decline of 3.9% in a Bloomberg survey of economists and compares with revised growth of 1.5% in the fourth quarter.

Thailand is heavily reliant on tourism and trade, both of which have taken a severe knock as countries around the world imposed restrictions to contain the pandemic. Official data showed a 74.6% plunge in foreign tourist arrivals in March compared to a year ago.

“We don’t really see the full impact in this quarter yet,” said Somprawin Manprasert, chief economist at Bank of Ayudhya Pcl. “The worst is coming in the second quarter,” and most of the population will be affected, he said. Without the fiscal and monetary easing already undertaken, “it could be much worse,” he said.