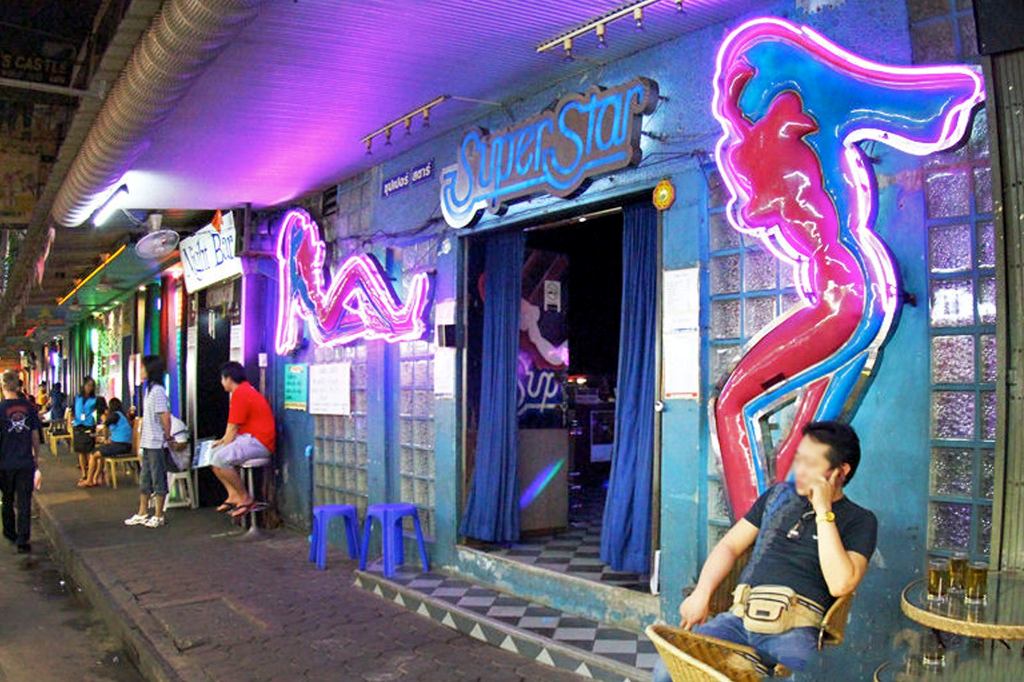 The vivid lights of Bangkok’s Patpong Road are slowly ebbing away as many entertainment venues cannot keep their heads above water. Many bars are taking their last gasps of air amid an economic slump caused by the onset of the Covid-19 pandemic.

On Feb 22, the Thai Governmnet allowed the reopening of entertainment venues as well as pubs and bars in almost all provinces except Samut Sakhon, where alcohol drinks can be sold until 11pm.

Entertainment venues on Bangkok’s Silom Soi 2 and Silom Soi 4 have gained some customers, but Patpong Road, once a centre of Bangkok’s night life, is dead.

“We have to be frugal on everything, and have had to lay off some staff and our girls,” a 64-year-old manager of a  bar on Patpong Road said, adding there are only 9 or10 bars in total left now.

“The first wave was much better as people [still] had their own savings, but when the second wave arrived, not many were able to survive. The place next door has just closed because of the second wave,” he said.

Having worked here for 36 years, he said his bar lost 80% of its regular income and the money which was left went on fixed costs and salaries for permanent staff. The owner held off cutting staff pay for three months during the first wave, but as the bar closure went on, he shifted to topping up shrunken wages with food support.

“I think it will take around 2-3 years for Patpong to resurrect again,” he said. An entertainment venues from Chachoengsao, 48, who has been working in the trade for 10 years, said she became jobless in the first wave of Covid-19. The only breadwinner in her family, which consists of her 80-year-old parents who are ill, one younger brother and one grandchild. She said she was sending them support of 12,000 baht monthly but had to stop.

“Working in this job costs a lot. Not only in rent but I also have to pay 500-600 baht for my makeup, cosmetics and 100 baht a day for transport,” she added. The bar used to have four hostesses who would compete to attract customers. Nowadays, she is the only hostess left. Still, she rarely has customers, she said.

She said she received 15,000 baht in state financial support, not enough to feed her family. Even with food support from NGOs, it was enough for just a few days.

“This place [Patpong] is taking its last breaths. It is now just a parking lot,” she said, adding it has been quiet since 2014 coup and it was worsened by the pandemic.

Mai Janta, of Empower Foundation, who represents entertainment venues workers told the Bangkok Post that after Covid-19 struck, about half of the bar workers returned home. Others stayed and found odd jobs or extra training.

As far as she knows, the income of the remaining entertainment venues workers is about 30% of what they used to earn as foreigners, their main customers, are not here.

While only some have turned to online channels, most stay with their employers as they have regular customers.

“Nowadays a lot of people are unemployed. When [entertainment venues] can open we are happy to return to work. But it’s not the same as before,” she said.

Her foundation acts as adviser to entertainment venues workers and shares information of what they need with the government. It also helps with capacity building so that sex workers can do other jobs for a living.