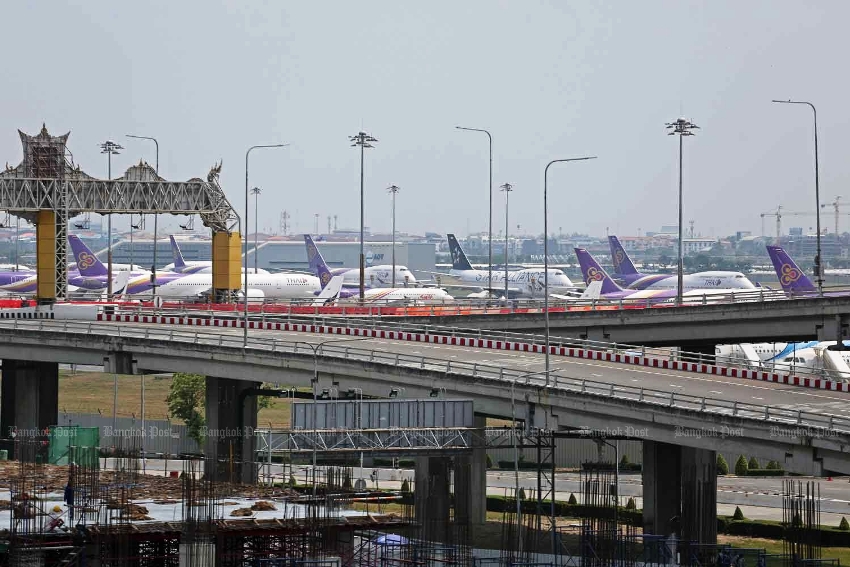 Thailand’s State-owned Airports of Thailand Pcl has said it will offer new measures for airlines and businesses to mitigate the Covid-19 impact. Because of the decline in flights and passengers amid the coronavirus outbreak.

Airports of Thailand (AOT) said it would offer a 50% reduction in rents, terminal fees and landing charges from April to December for airlines and businesses.

The announcement comes after AOT warned on Wednesday that it expected passenger traffic to drop by 53% for the fiscal year ending in September.

Airlines and concessionaires that suspended operations will not owe rent or concession charges for 9 months or until operations resumed, AOT said.

Duty-free retailer King Power, which holds the majority of duty-free and commercial concessions at airports, has closed its stores and is selling non-duty-free products online.

Its airport on the resort island of Phuket is closed.

Thailand has reported 2,839 cases and 50 deaths from the coronavirus.

The country’s aviation regulator in early April imposed a ban on passenger flights until the end of the month to curb the spread of the virus. The government had already banned the entry of non-resident foreigners in March.

Southeast Asia’s second-largest economy stands to lose 1.3 trillion baht, most of it in the tourism sector.

More than 2.57 million people have been reported to be infected by the coronavirus globally, and 178,574 have died, according to a Reuters tally.