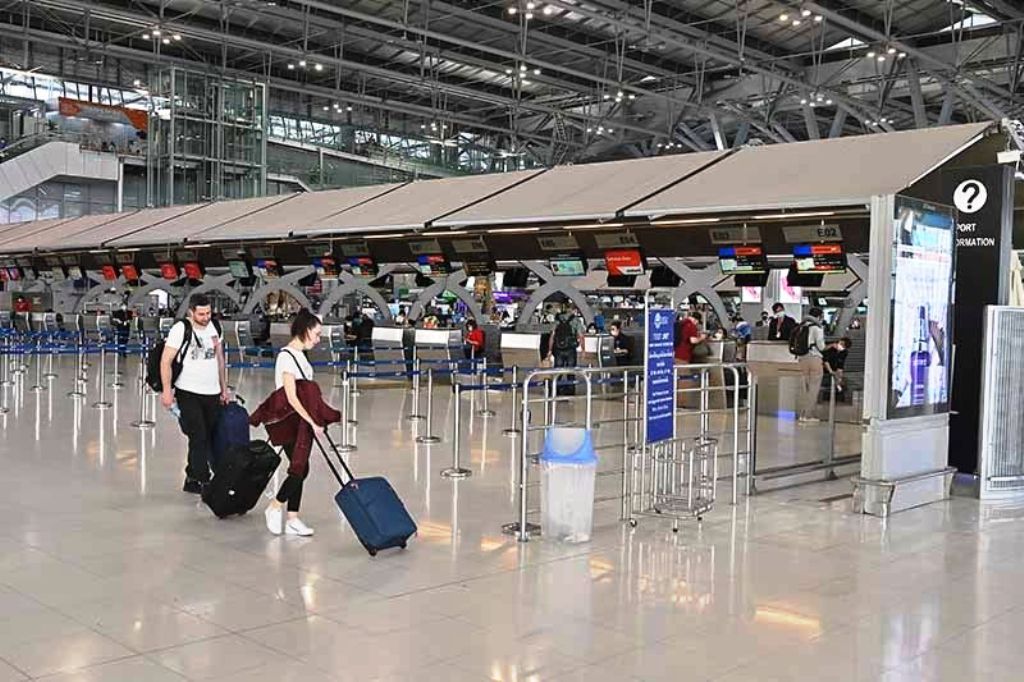 As health officials rushes to contain the resent local outbreaks of covid-19 cases in Thailand, bookings for New Years are being cancelled and travellers are making alternate plans. Airlines are facing a bleak economic winter for the New Year holiday as they are seeing declining bookings. The Tourism Authority of Thailand (TAT) estimates only 2.75 million domestic trips for the upcoming period.

Nuntaporn Komonsittivate, head of commercial operations at Thai Lion Air, told the Bangkok Post that tourism demand softened significantly because of a recent surge in new Covid-19 cases locally. The surge began earlier this month first the spread began among Thais who brought the virus over from Myanmar to Chiang Rai. Followed by a big cluster of infections that emerged over recent days in Samut Sakhon.

Prior to the new wave of infections, Thai Lion Air forecast December to be its best month in a crisis-plagued year as local confidence had been improving month-by-month. The average load factor for Thai Lion Air in November hit 75%, prompting the airline to forecast it reaching 80-85% this month.

“The colder weather this month was favourable for tourism activities, but unfortunately the string of new cases weakened passenger demand. As of now, the monthly load factor is lingering at 70%, while forward booking is difficult to predict,” she said.

Though the virus has spread in the central region, this scenario is affecting every region as more people across the country will refrain from travelling to Bangkok and opt instead for nearby destinations accessible by road, said Ms Nuntaporn.

However, there is still some demand for travel to so-called “green zone” provinces, generally located in the North or Northeast. These are areas that have no reported Covid-19 cases or a low likelihood of infection, according to the Centre for Covid-19 Situation Administration. These are preferred destinations among domestic tourists during the winter period, she said.

“We have to be careful as there are too many negative factors. In addition to the outbreak, international flights are unlikely to return, even repatriation flights, in the near future for our airline,” said Ms Nuntaporn.

Thai AirAsia reported an average load factor of 80-85% in December, below the 90% recorded for the same period last year.

Average occupancy for the New Year is set to fall to 37%, down from 40% during the holiday period Dec 10-13. A TAT survey suggests people plan to take fewer trips as the virus is more widespread, while countdown parties in many provinces in Thailand have been cancelled.