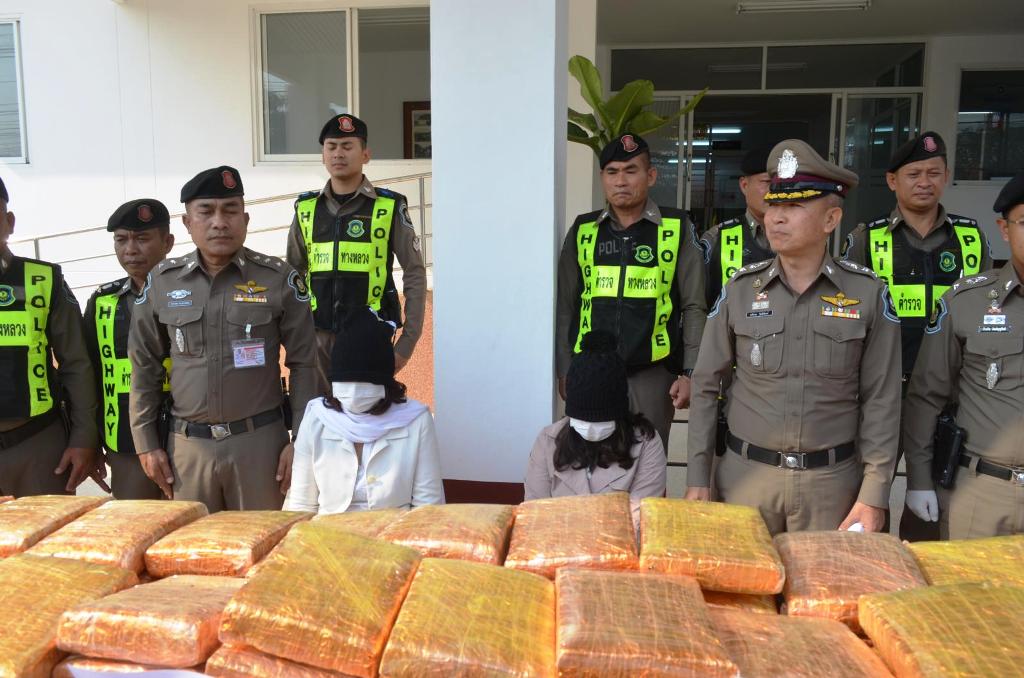 Authorities in northeastern Thailand have arrested two women and seized 300 kilograms of compressed marijuana. The women were apprehended after running a police checkpoint in Nong Khai province on Monday.

Pol Col Apichart Phochan, told a press briefing the arrests came after a tip-off that marijuana would be smuggled from Bung Kan province. It was to be transported along the Mittraphap highway en route for Khon Kaen.

A checkpoint was set up on Mittraphap highway in Khon Kaen’s Nam Phong district for interception.

At about half past midnight, a Mitsubishi Pajero was spotted heading in the direction. Before reaching the checkpoint, the Mitsubishi made a sudden U-turn and sped off. Even more ignoring a police order made through a megaphone to stop. The police quickly jumped into their vehicles and gave chase chase.

The vehicle sped through Udon Thani, until police forced it to a halt by shooting out its tires.

Two women were apprehended and identified as Suthida Kuapol, 33, and Aporn Klinnoy, 40. Eight fertiliser sacks with 300 compressed bricks of marijuana, weighing 300kg, were found in the vehicle.

Consequently the two women were charged with possession with intent to sell, Thai media reported.