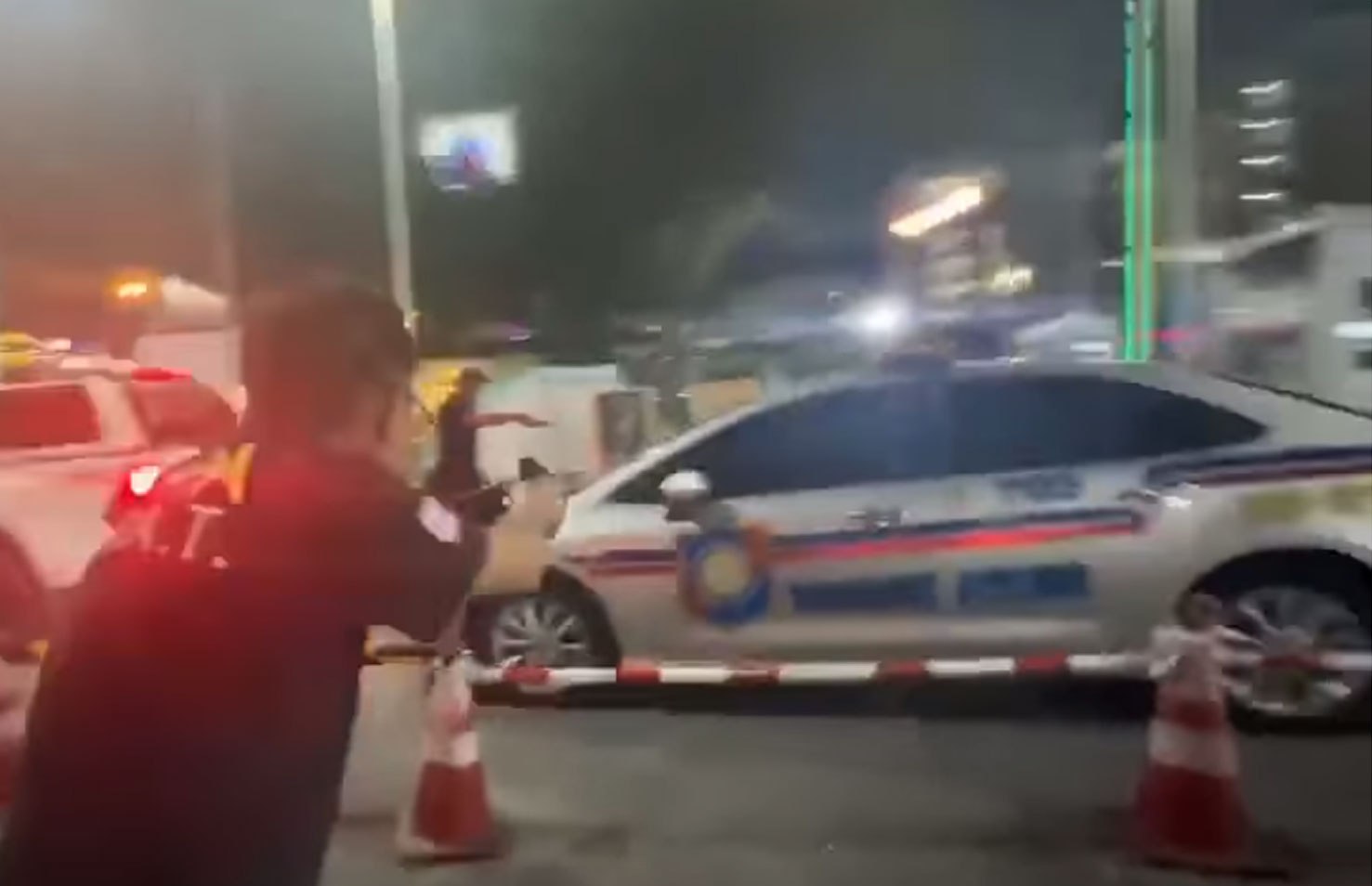 A tourist police officer and his accomplice were arrested for extorting entertainment venues in Nonthaburi, Thailand. An arrest warrant has also been issued for the alleged mastermind of the extortion gang.

The suspect, identified only as Suwan, 44, was implicated by Police Senior Sgt Maj Phuwamet Hirunwongwaradol and Mr. Manus Suksom after they were arrested on Thursday night.

Police Senior Sgt Maj Phuwamet, 38, was arrested along with Mr. Manus at a car park at the CentralPlaza Westgate shopping mall.

They were apprehended after collecting money from entertainment venues in Nonthaburi’s Bang Yai district on Thursday night.

Police investigators received a tip-off that police were taking bribes from some nightspots, which led to the arresting team seizing 100,000 baht in cash.

When questioned by police, the two suspects admitted giving the money collected from the entertainment venues to a man only identified as “Pae”.

During the investigation, police discovered that Pae was actually named Suwan. A warrant was then sought based on the evidence gathered.

Police investigators said that the police officer had been relieved of his duties and placed under investigation. He now faces gross disciplinary actions for violations in connection with the extortion racket.

Currently, each suspect is free on one million baht bail. In order to bail them out, relatives put up land title deeds as sureties.

After his release, Police Senior Sgt Maj Phuwamet filed a complaint with Bang Yai police station against Narong Tipsiri, chief of the special operations unit of the Department of Provincial Administration, who led the arrest operation.

According to the tourist police officer, Mr. Narong and his team members forced him out of his car without informing him of any charges. In the course of the operation, he reported being injured and having his car damaged.