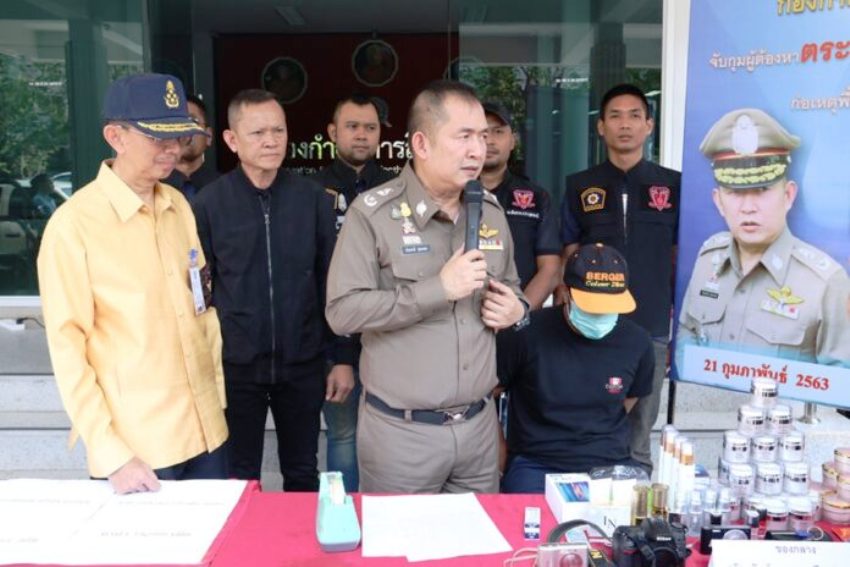 A burglar claiming to be a former monk says his “invisibility spell” he learned as a monk didn’t work leading to his captured by police. The burglar claims he used the spell many times before when robbing homes.

This time the spell didn’t work because he took off his pants, leading to his arrest. Security footage was able to capture him in action, including when he left the house wearing just a shirt and his underwear.

According to Gen. Nanthachat, Mr. Anurak drove a Toyota truck to the pharmacy then used pliers and screwdrivers to break in. After his arrest he police that what was not found in the evidence had already been sold.

A CCTV camera at the Theerada Pharmacy in Udon Thani captured him during the robbery. He was wearing his underwear that showed a tattoo on his legs. The police tracked him down with the information of the truck and his tattoo.

He became a monk and learned invisibility spell

According to the Thairesidents this wasn’t Anurak’s first time at committing robbery, he had robbed at least 10 other businesses in Udon Thani. Mr. Anurak was also previously in jail 13 years ago on a case involving the Yaba.

When he came out of jail Anurak started working as a delivery driver in Bangkok. He later returned back home to Udon Thani to stay with his wife. Together they also had 1 child. Mr. Anurak said that after he was arrested that he entered monkhood for 8 years. During his time as a monk he allegedly learned magic. He also got tattoos that could help him and ward off evil. Then he mastered the invisibility spell allowing him to rob at least 10 businesses without ever being caught.

The former monk claimed that he wasn’t so lucky this time and a bad mistake made the spell not work. While breaking into the pharmacy his pants ripped and he wasn’t able to walk comfortably. He took them off, leaving him to work in his underwear. He believes this is the reason that the spell didn’t work and why he was caught on security camera footage.