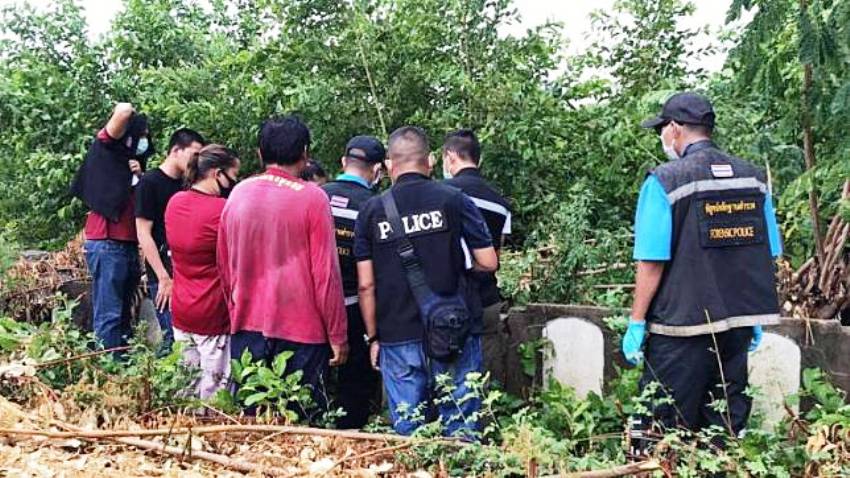 A grieving couple in central Thailand are devastated after the body of their baby and 2 other dead babies were stolen from the local cemetery. Patcharaporn Lapang, 32, and her husband Pong Khonmeekao, 29, reported to police on Sunday in Nonthaburi province.

The said that the remains of their 5-month-old son, Pumin, were taken from the Cemetery. Also two other dead babies that were placed in the same tomb were stolen.

Pong said his wife lost the baby after falling on the stairs. They took the body to the cemetery on July 16 before returning the next day for the funeral rite. Only to find the corpse of the all the dead babies had disappeared.

The mother told Thai media she was already devastated over the death of her unborn baby.Even more losing the body made it even worse. She feared someone might have stolen the corpses to use in black magic rituals. Because a fortune teller had warned her this might happen.

Police said they found no signs of the dead babies in the tomb. Adding that the thief or thieves had removed the bones and even cleaned a bloodstain on the wall.

Woman, 91, ‘Correctly predicts’ her own death in Thailand

A 91-year-old woman in Udon Thai province has left family members intrigued. She actually prediction the date and time she would die. The old lady died on July 19 as she had predicted.

At 6.30pm, police were called to the scene of an elderly woman choking on food. Upon arrival the found the body of Marnsri Khamsorn lying on the bed.

The doctor found a piece of food stuck in her throat, which might have caused her death.

The son told police his mother had told he and his wife two days ago that she would die on July 19 at 5.30pm.

He said when she choked on the food, he called paramedics but they could not save her.

He also said that she used to talk to herself for a month before she died. When Marnsri was asked her about it, she said she was talking to relatives. Even more relatives who had passed away and were awaiting her.