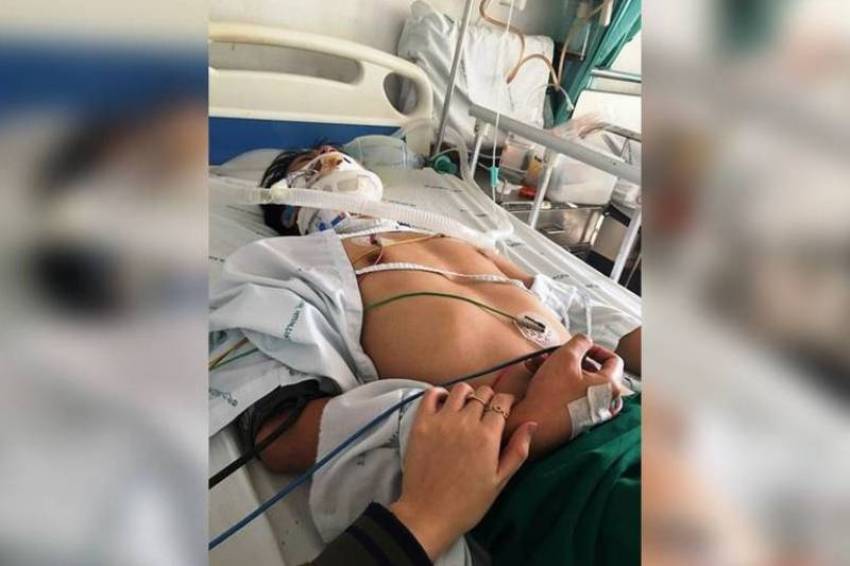 They reportedly confessed to beating Mr Weerapong out of a misunderstanding at a party where they had been drinking. After the party was over, the five men reportedly chased after the teacher and beat him until he passed out.

Furthermore bail request for three of them has been turned down. While the two teenagers have been sent to the provincial attorney for interrogation.

The teacher reportedly suffered from severe head concussions. He is also scheduled to undergo an operation at the Nakhon Phanom General Hospital.

Meanwhile, a young man in a police uniform reported to a police station in Chaiyaphum province for work on Monday. But was arrested and charged after official data showed he never took any police tests or underwent teacher training.

Chokchai Krobkrathok, 21, showed up at the police station, wearing a uniform with the rank of police lance corporal. He submitted 11 sets of documents to police on duty and told them he reported for work.

The officers then checked police data and found that Mr Chokchai never took a police test to enter the force.

They initially charged Mr Chokchai with illegally wearing a police uniform. He was held in police custody for legal action, the Bangkok Post reported.