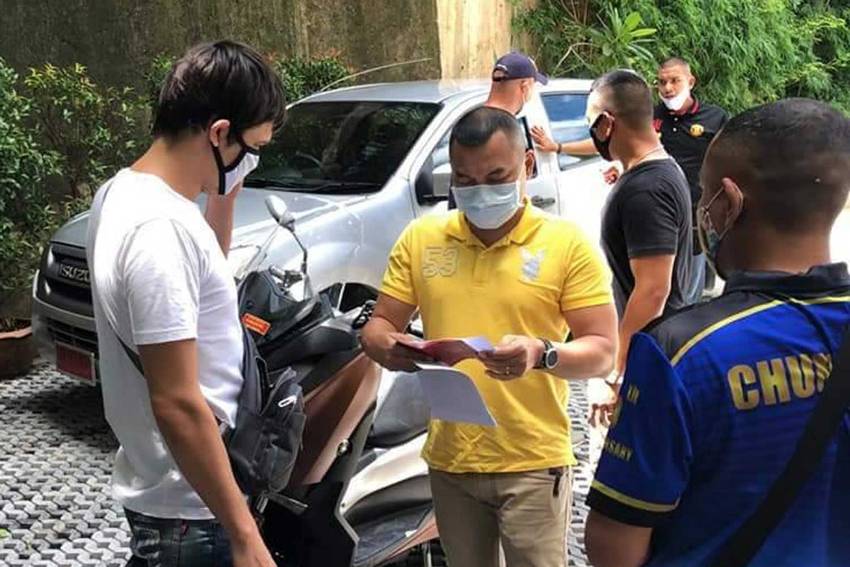 Police on the Island of Phuket in  Southern Thailand  have arrested a 35 year-old Russian for the alleged fraudulent sale of tour packages. Phuket police arrested Leonid Iuraovskii, 35, in front of his condominium on Wednesday. morning.

Leonid Iuraovskii, 35, allegedly fraudulent sale of tour packages to his compatriots. Of which cost the tour company he worked for more than 100,000 baht in lost revenue.

Phuket police arrest him on a warrant issued by the Phuket Provincial Court. He’s been charged with of embezzlement, forgery and use of false documents, according to the Bangkok Post.

The complainant said the documents were false, and alleged his action caused the tour company about 104,500 baht in damages. The arresting team was also led by Phuket police investigations chief Pol Maj Suchart Chomphusaeng.

According to Thai media Mr. Luraovskii had denied the charges and also said he was more than happy to fight them in court.

Police on Thailand’s resort Island of Koh Samui have reported finding the dead body of 47 year-old Ukrainian woman missing since May 29th. Her body was found in a flooded ditch on the resort island in Thailand Sunday.