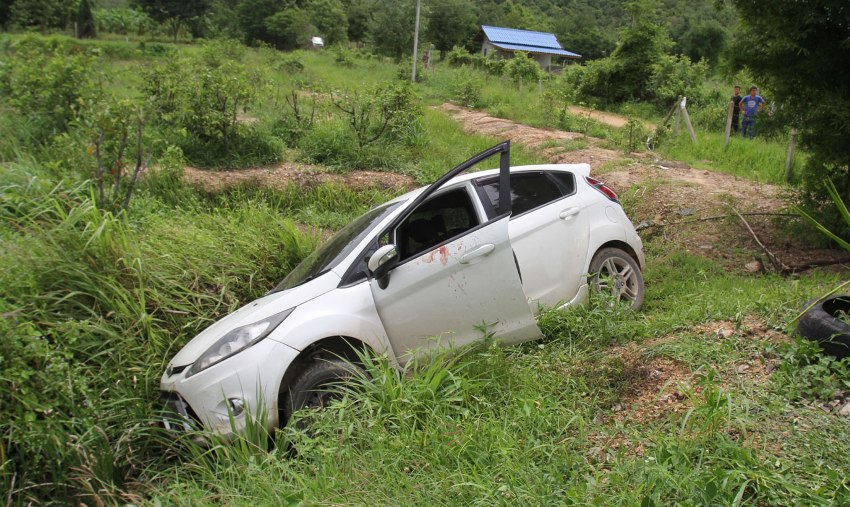 On Saturday Mr. Krit was taken for a crime re-enactment.

The shooting happened in broad daylight in central Thailand’s Ratchaburi province on Friday. A white Honda Jazz was found in a ditch at a guava plantation when police and rescue workers arrived after at the scene.

Car with pregnant woman crashed into a ditch 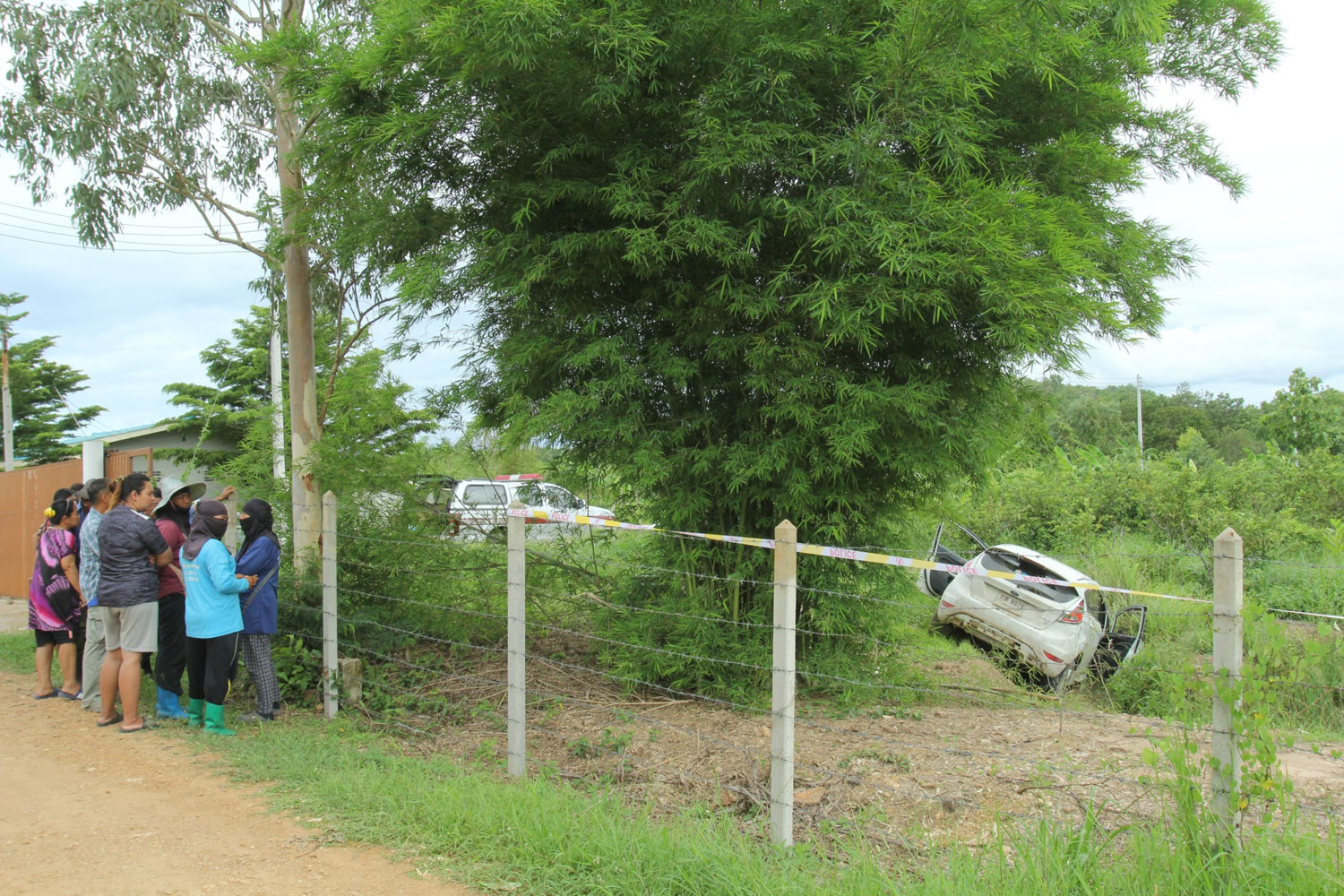 Krit told Ratchaburi police that he was with a worker who was building a gate at the entrance of his property when the couple arrived in their car. A quarrel erupted, during which he pulled out a .38 pistol and fired on the car.

He claimed he did not know whether the bullets had hit anyone. The car sped off and crashed through a fence about 100 meters from the shooting scene. It then crashed into a ditch. After seeing what had happened, Mr. Krit told police he decided to flee in his car before turning himself in.

Mr. Pitak, who was being treated at Ratchaburi Hospital, was reportedly declared out of danger.

Ratchaburi police have charged Mr. Kit with the Murder of Ms. Jindarak and the attempted murder of Mr. Pitak. He was also charged with the murder of the pregnant woman’s unborn child; discharging a fire arm in public; and possession of an unregistered fire arm.