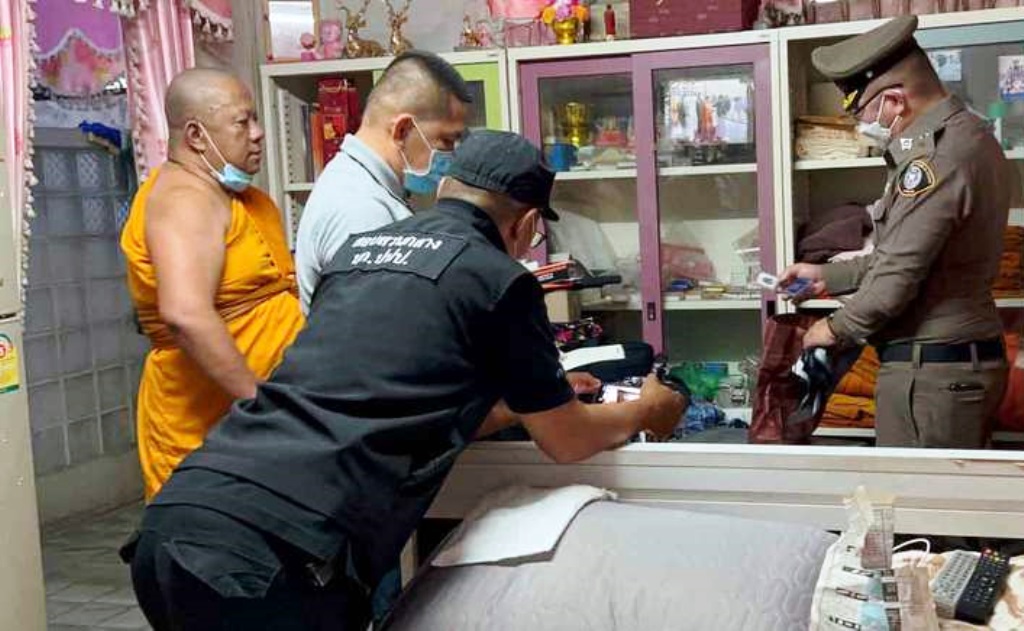 Police from the anti-corruption division have begun tracking the financial transactions of a senior monk in central Thailand charged with embezzling US$3.4 million from local temple funds.

Pol Maj Gen Charoonkiat Pankaew, commander of the Anti-Corruption Police Division, said yesterday investigators have seized assets worth US$652,000 from Phra Sitthi Woranayok, abbot of Wat Khao Durian, and are looking for the remaining US$ 2.7 million.

The Pol Maj Gen said the senior monk claimed he could not remember where the rest of the money was, however, they do not believe him. The police are now investigating the financial transactions of people and families associated with the senior monk.

Phra Sitthi Woranayok was arrested on Friday on charges of theft and money laundering in connection with the embezzlement of US$3.4 million over 9 years on behalf of local temples.

According to the police investigation, the senior monk allegedly colluded with Mr. Nopparat Benjawatananun, the former chief of the National Office of Buddhism. They were responsible for disbursing US$3.8 million over a nine-year period from government coffers intended for the development of 12 local temples.

But after the temples received the money, they had the management of the temples withdraw most of the funds. The two men managed to keep US$3.4 million baht for themselves, leaving only US$406,000 for the temples.

Phra Sitthi Woranayok and Mr. Nopparat claimed the money would support other temples in need, but according to police, they actually spent it on buying property and assets.

Major General Charoonkiat said they confiscated three plots of land worth US$652,000.

The seized land is key evidence to support the allegations the senior monk and his alleged accomplice stole the money.

Furthermore, witnesses testified that the monk bought the land in cash for Mr. Nopparat and that the land was held by Phattanan Benjawatananun, the wife of Mr. Nopparat, and her daughter, Natthaporn, as part of an alleged cover-up.

The Anti-corruption police chief said investigators would meet in the coming days to determine who else will be questioned and how to arrest Nopparat, Phattanan, and Natthaporn, who are still at large and might have fled the country.

Following the search of Phra Sitthi Woranayok’s living quarters, police found liquor, condoms, and BB guns. It is up to the National Office of Buddhism to decide what action to take against him.