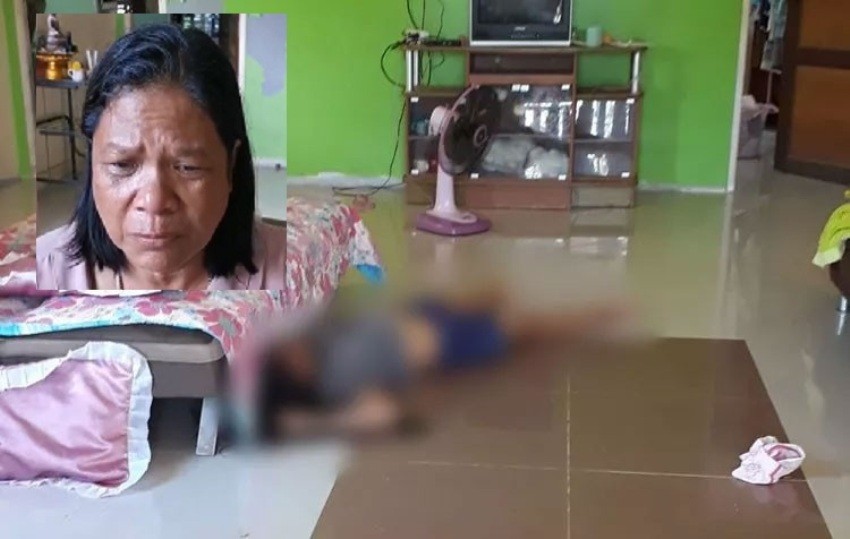 Police in Southern Thailand say they have enough evidence to prove a greedy mother killed her daughter so she could get her land. Pol Col Somporn Prisawanit, chief of the Bang Khan station in Nakhon Si Thammarat province in Southern Thailand, said on Thursday that police had clear evidence that Prateep Jindawong, 54, used a screwdriver to murder her 29-year-old daughter Chonthira Jindawong in April.

Police had charged the greedy mother with premeditated murder. Despite the murder charge she was released on bail of 200,000 baht after her arrest.

Miss. Chonthira was killed at their home Nakhon Si Thammarat on April 11. Her mother told police that a robber broke into the house and had killed her daughter.

Pol. Col. Somporn said relatives stated Mrs. Prateep had a quarrel with her daughter over a parcel of land. The argument started because she wanted her daughter to sell a 10-rai oil palm plantation that her husband had given their daughter. However the daughter did not want to sell the land.

Pol. Col. Somporn rejected Mrs Prateep’s claim her daughter was killed while at home alone. The mother claims her daughters murder happened after she and her husband had gone to work.

Sadly for the greedy mother Pol Col Somporn wasn’t buying her story of a robbery gone bad. He believes the murder happened when the victim was with the mother. Saying the screwdriver she allegedly used was a household tool. Furthermore a broken window alleged to be where the robber entered was actually forced opened from the inside. Even more the window was three meters above the ground, he said.

Objects close to the window had not been disturbed. If the window had been forced open by an outsider, some of the objects should have been knocked over, he told Thai Media.

Meanwhile, a Myanmar migrant worker was stabbed to death in a workers’ camp in central Thailand on Wednesday.

Police from Samrong Nua station rushed to the camp to investigate after being alerted to the incident at about 2am.

They found the man — identified later as Thein Tun, 32, a carpenter — had been stabbed multiple times in the chest and neck. He died from the severe wounds before police arrived. Police recovered a six-inch long knife from underneath the room and kept it as evidence.

The camp housed hundreds of migrant workers from Cambodia and Myanmar. Under questioning they all said they did not see or know what had happened. Police are investigating.