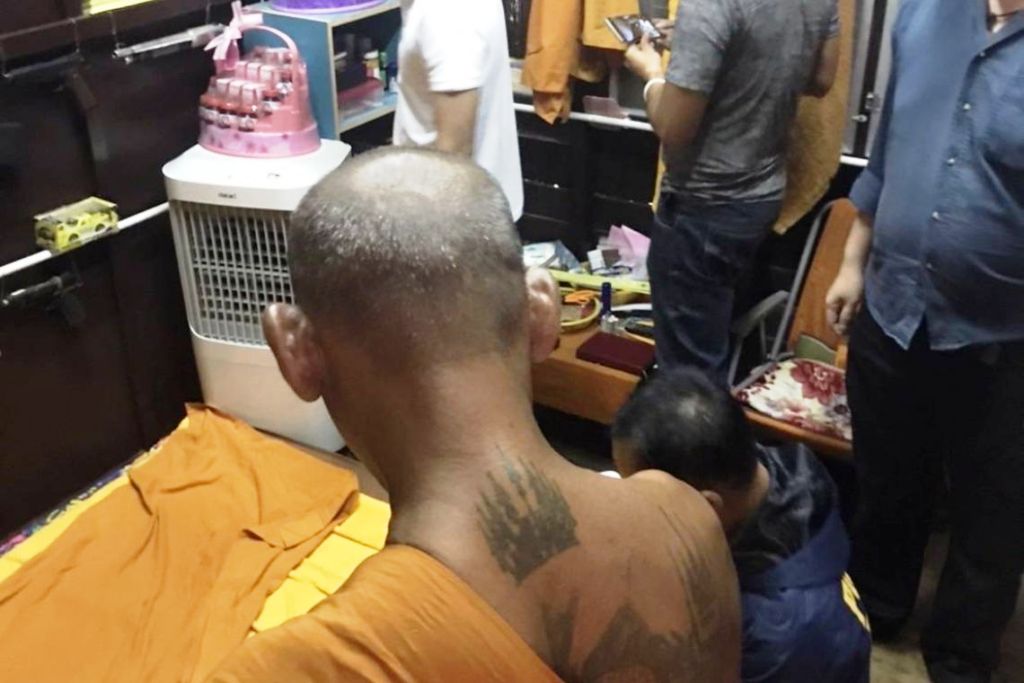 A Buddhist monk has been arrested in central Thailand for allegedly selling guns he made himself online. Ayutthaya Police Chief Lt Gen Samran Nuanma reported the arrest of the Buddhist monk identified as 56-year-old Phra Warnop Ruengjai.

Among the evidence found by the police were customized guns and other weapons. In addition to the guns, he also has bullets and equipment to customize them.

Most of the guns were models or blanks, but the monk would transform them into real firearms. Additionally, he sold gun parts.

The suspect used an address in the same province to send parcels twice to a man named Polpol. Boxes were shipped using a monk’s phone number.

Additionally, he used his real address to receive guns from customers. A search warrant was issued after evidence was collected. A police officer then went to the temple and found the monk. A great deal of evidence was found in the bedroom of the monk.

Phra Warnop admitted that he owned all the guns. He admitted to the police that he repaired and customized guns for customers. Various types of weapons were found in the temple.

He told police that he loved guns and started learning how to customize and fix them on YouTube. He said he joined a Facebook page, and the admin has been helping him find customers.

In his previous life, he was a security guard and had some technical training. The police are waiting for Phra Warnop to be defrocked before laying charges.