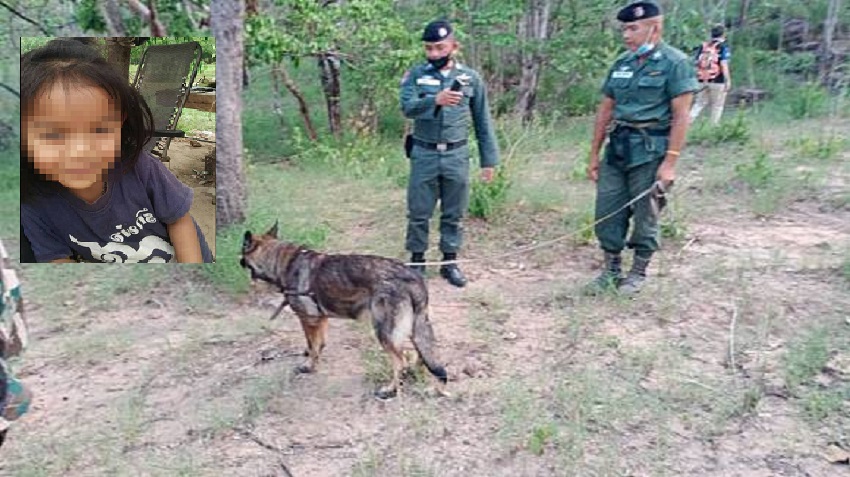 Authorities in the northeastern Thailand have discovered the dead body of a 3 year-old girl four days after she disappeared from her home. Police in Dong Luang district of Mukdahan province found the body of Orawan “Nong Chompoo’’ Wongsricha in Phu Phan Noi forest.

They found the body of the missing girl in bushes about five meters from the slippers. Her clothes were also found only a few meters away.

Police said the little girl appeared to have been strangled and to have been dead at least eight hours before being found. An autopsy would determine the cause of the girls death and whether she had been sexually molested.

Forensic police collected evidence at the scene for DNA testing and other clues pointing to her killer.

The girl’s slippers were noticed by Ms. Tun Promngoi, 58, of tambon Tao Ngoi in adjoining Sakhon Nakhon province. She and her husband earn their living collecting mushrooms and other wild products.

She saw a pair green slippers left in the forest and thought a child had dropped them. She was surprised a child would have ventured so far into the forest. At the time, she did not know Nong Chompoo was missing.

Ms Tun said when she returned home she told other members of the family about seeing the slippers. After learning about the missing girl, she quickly informed the girl’s relatives.

Teams of police, soldiers and national park officials were sent to search the area, the Bangkok Post reports.