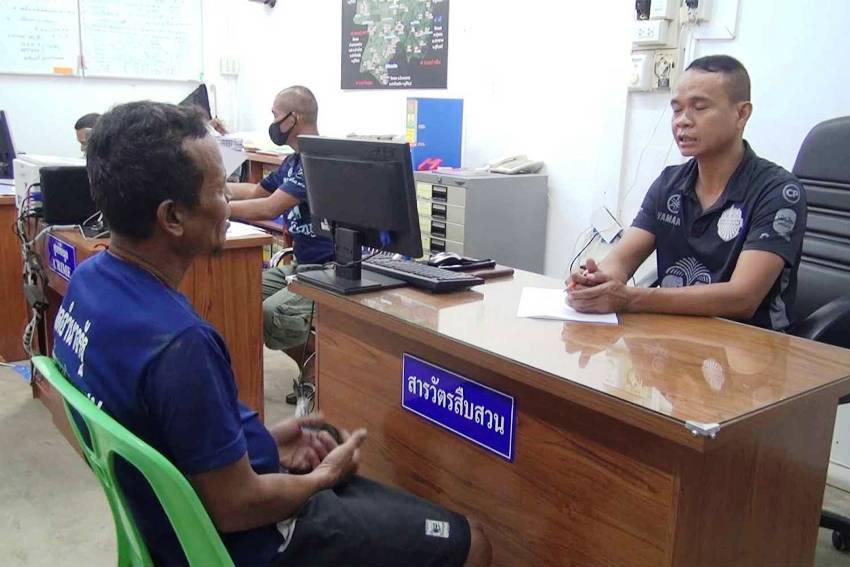 A 50-year-old who molested a 9-year-old girl at a village in Northeastern Thailand has told police the little girl was in love with him. The accused man, named only as Prawit by police, had only recently arrived from Bangkok to stay at a friend’s house of Buriram Province. He was arrested in a paddy field not far from the village on Thursday.

His arrest follows a complaint by the girl’s grandfather, Anucha Ruengamornrat, chief of Phlapphlachai district, said.

The man did not resist when police and local officials took him into custody. He was taken to Phlapphlachai police station in Buriram, the Bangkok Post reports.

During interrogation, the suspect admitted that he molested the 9-year-old girl. He told police it happened in a makeshift hut near the village on June 21.

The man told police he had not lured or forced her into having intercourse with him. He claimed the girl fell in love with him before he molested her. Pol Capt Wattana Ardsalee, deputy investigation chief, said the girl was taken to hospital for an examination. Officers would question the child in the presence of welfare officials, he said.

Village chief Sua Sudsaengsang said the girl’s grandfather told her that Prawit had moved to the village from Bangkok only a month ago. He was staying at the house of one the grandfather’s sons.

Child protection-No child should live in fear in Thailand

In Thailand, there are an average of 52 children being molested, physically or psychologically abused, neglected; or exploited each day or more than 2 children in every hour, according to UNICEF.

Physical violence, such as spanking and beating, is still accepted as a normal way of disciplining children. Although corporal punishment is banned in schools, the practice continues.

Nearly half of parents and caretakers believe that physical punishment is necessary to raise or educate a child.

More than 10,000 children are treated in hospitals each year due to violence, mostly molested.